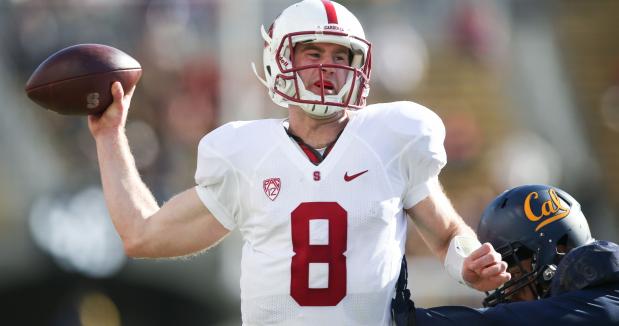 Change always seems simple on the surface, but it’s human nature to resist it.

For many football coaches, what worked last year will work again, and what didn’t work last year … well, we’ve got a whole new group of players so it’ll work this time.

Game day. Film study. Padded practices. Light walkthrough. Game day. This is a tested and true way to schedule the week during the regular season.

Pioneered by Chip Kelly when he was at Oregon and picked up by Mark Stoops, David Shaw, Sonny Dykes and a dozen or so other college head coaches, Sam Khan Jr. recently broke down the system for ESPN.com.

Many college coaches make one of these days activity-free for their players while the other is devoted mostly to film room work.

At Texas A&M, though, that “off day” includes massages, yoga, stretching, swimming, hot tub and cold tub for each player. The goal is to enhance recovery while maintaining mobility and flexibility.

“If you sit around (Sunday), you get stiff and on Monday you can’t move, your joints hurt,” Kentucky left tackle Jordan Swindle told Khan. “Getting in the pool where it’s not pounding, it’s good for you.”

At Cal, Sundays include weight room work and a short practice with helmets only.

Either way, it’s about not letting bodies stiffen up, which can lead to aches and pains the whole week.

Tuesday and Wednesday: All systems go

Pads on, guys. Let’s get it going.

Tuesdays are about putting in anything new for the weekend. Wednesdays are for practicing it with speed.

As Cal strength and conditioning coach Damon Harrington put it to Khan: “The Bears aim to peak on game days, gradually come down on Sunday and Monday, start going back up on Tuesday to peak on Wednesday, back down on Thursday and gradually back up on Friday leading into Saturday.”

Thursday: Dial it back

The foundation of “No sweat Thursdays” comes from track and field, according to Kentucky Director of High Performance Erik Korem, who has worked with sprinters and found that resting two days before a meet resulted in faster times.

Or, as Kentucky’s Stoops put it: “Every game, we’ve played at 7 or 7:30, so the difference is if we took our last full-speed rep on Thursday at 5 p.m., you’re going a heck of a long time without any full-speed reps if you just walkthrough on Friday.”

Instead, Thursdays are devoted to meetings, film work and game planning before a light walkthrough.

Think of it as a run-through instead of a walkthrough.

For coaches who think “Fast Fridays” are a great idea without dialing it back on Thursdays and adjusting the other days, Korem has some simple advice: “You can still do this and be dead on game day if you don't manage the rest of the week.”

It’s all about how coaches manage their teams’ time.