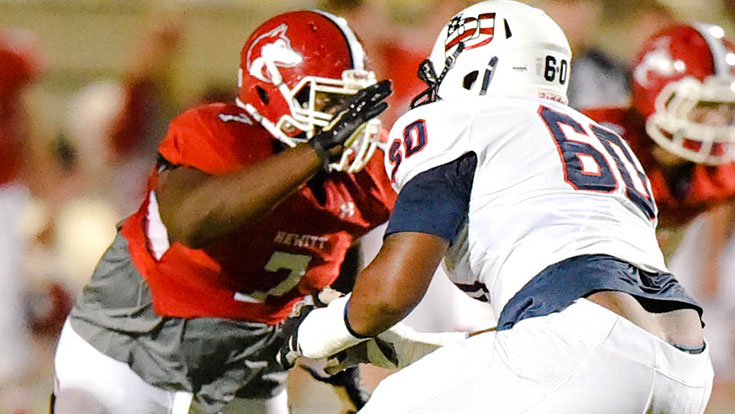 Playing on the offensive line is similar to golf. Both are high stress tasks built upon consistency.

Without that constancy, performances veer off down the path of anxiety, doubt and poor performance.

The best golfers in the world have a preshot routine that sets the stage for constancy. In the same way, the key to offensive linemen tapping into their peak performance capabilities is to build a presnap routine that’s centered on the most functional stance.

In order to give yourself the best chance of success each snap – the same way golfers seek to give themselves the best opportunity to per stroke – build your routine. Here’s how.

Developing a routine is truly next level development. There are hordes of NFL offensive linemen who do not have a routine.

The players who are transcending to the next level of performance don’t do so by accident. It happens because there’s a concerted effort to make it happen.

Developing a routine could be your first step.