An objective system for naming a starting QB 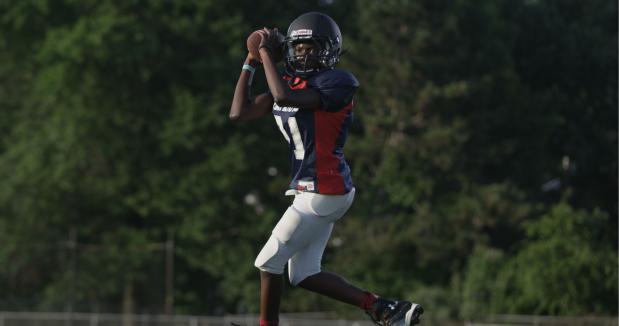 Coaches with the luxury of a quarterback battle can find themselves with some trying times.

Done subjectively, QB competitions can divide a team and even the community. For that reason, I developed a method for evaluating quarterbacks that uses measurable performance in several categories.

The system includes three criteria to help objectively distinguish the starter from the backups. This criteria is further utilized to not only slot each quarterback in a position but also give each player valuable information about where he needs to improve.

This is a process that continues through the season and provides both the quarterbacks and the coach feedback on what needs work.

The first three criteria are release, accuracy and decision-making, all of which provide important information about how the quarterback is performing within critical aspects as a passer. The total of the three is averaged to give an overall grade. I post all of the quarterbacks’ scores for each of them not only to see how well he is performing but also how he compares to the other quarterbacks. In addition, before grades are posted, each quarterback has to evaluate himself based on the same criteria. I can easily see if the quarterback isn’t being objective, and for the most part they are actually more critical of themselves in this process. I like that they are looking at the little things where they can get better.

Release refers to how quickly the quarterback is getting the ball out. It is a product of footwork and vision and includes the use of his presnap and postsnap thought processes. Proper mechanics also affect his release time.

This is a system I adapted and developed after spending time with Dub Maddox, offensive coordinator of Jenks High School in Oklahoma, and are calibrated to the types of throws QBs make.

Quick passes should be out in 1.5 seconds or less.

For a drop back, we expect the first route in a progression to be thrown on the last step of the drop on rhythm between 1.8 and 2.0 seconds from the snap.

Intermediate routes that are second in the progression are thrown from 2.2 to 2.6, depending on the depth and type of break. For the quarterback, these are calibrated with one or two hitch steps with each accounting for 0.2 seconds.

Check downs or hot routes should be throw by 2.6 seconds or sooner, and at worst I should see the quarterback escaping the pocket or moving to keep it alive at 2.6 seconds if nothing is there.

Initially in route timing drills and pass skeleton, I will stand behind the quarterback with a stop watch and give him his release time. What we have found is that we become human stop watches. As they get a feel for timing and rhythm, they can turn around and tell me their time within a tenth of a second. We will sit in film and call out the times before looking at the stopwatch and be dead on. Our freshmen marvel at this and think we are some kind of freaks.

Here is an example that shows a rhythm route being thrown in 2.1 seconds. The flash fake usually takes us to the top end of our time, but the slight hitch step is his error.

Next is an intermediate route thrown at 2.4 seconds. He used his presnap process to check us into this play, which resulted in a chain mover.

The check down comes at 2.4 seconds after progressing through rhythm and intermediate routes. These types of routes can be thrown sooner as a hot route if needed.

Finally, the quarterback goes through his progression, doesn’t see anything he likes and escapes to buy time. His initial movement is at 2.5 seconds, where it should be in his progression. This movement buys him more time and he releases the ball 3.8 seconds after the snap. The result is a first down, and the drive stays alive.

We chart completions and completion rate for each quarterback but put more value on the accuracy grade, which includes proper mechanics and footwork. Accuracy boils down to: Did he give the receiver a chance? Just because it’s complete doesn’t mean it’s accurate. Proper ball placement is important.

We tell the quarterback to “talk to the receiver with the ball,” meaning that ball placement should tell the receiver which way to turn with the ball. A pass may be complete, but the ball placement may put ball security after the catch at risk. Furthermore, the accuracy grade accounts for both dropped balls that don’t count against the QB negatively and spectacular catches that save a bad throw and do count against the QB negatively in his accuracy grade.

Receivers are expected to save us on throws that are slightly off by jumping, diving and extending, but that’s not the world we want to live in on a regular basis. So we evaluate the QB on giving the receiver a ball within his reach properly placed away from a defender.

We will not count drops against the quarterback, but that amazing catch by a receiver may actually count against the accuracy grade if the receiver did something to save a bad throw. 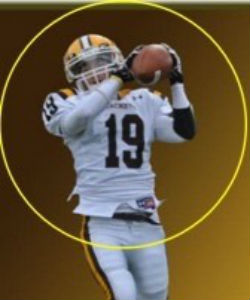 When evaluating this aspect of performance, we do not count dropped balls that are within the framework of the receiver against the quarterback. We always look at completion rate, but accuracy gives us a better picture of how well the quarterback is doing with ball placement.

Here is an example.

The decision grade indicates the percentage of time the quarterback is making the right choice based on the presnap and postsnap processes. This is where his understanding of concepts, film study, defensive coverage structures and defensive reactions show. We want to see that his eyes and feet are moving through the progression correctly and taking him to the correct throw.

Either the quarterback is making the correct decision in his execution of the passing game, or he is not. This is something very easily evaluated on film.

The example below shows the quarterback missing a rhythm post for a big play. He received a minus on his presnap process because the depth of the safety should have alerted him to the opportunity for a big play. He clearly moves his eyes too quickly and misses the post.

The quarterback evaluation process, especially during a heated game, can be stressful on both the player and the coach. Find a way to relieve pressure and have fun as well.

Here is an example of the No. 2 quarterback getting his first rep of camp with the first team. The situation required something to relax everyone, especially the QB so we orchestrated this with the team. It made everyone relax, perform to maximum ability, and have fun.

Enjoy, the process and remember it never stops after the starter is named.