5 ways to motivate a team after a loss 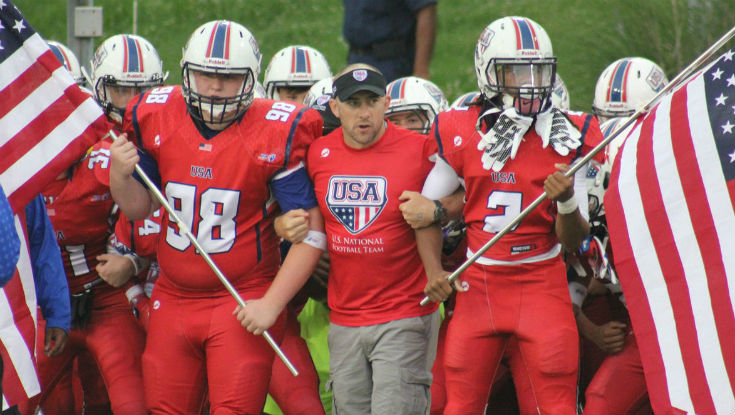 The game clock winds down and the scoreboard reads the wrong way – a loss.

There’s no easier way to turn a bad day into a bad week.

Focus on the positive

As a coach or player, it’s easy to focus on what went wrong. Rather than let the negativity spread to the next game, focus on what went right and how to correct mistakes. No team, player or coach is perfect. Find a way to improve and put a plan of action in place.

“A lot of the time, coaches spend the time on everything that went wrong and don’t focus on the positives,” Vlk said. “Think about the positives. How can we take the things that went right in the middle of the field to take it into next week? I’m big on positive energy, no negative energy.”

“If you focus on those positives first, they’re more likely to look over the negatives. Here’s three things we did right in the game, and here’s what we didn’t do so well. How can we take the things we did well in the middle of the field and take that to the rest of the field?”

Whether you’re a coach or captain, be sure to set new goals for the next game rather than focus about the most recent loss. Motivate the rest of the team with positive feedback and encouragement throughout the week ahead.

“When I talk about motivating players, I always talk about how kids have an emotional bank account,” Vlk said. “There’s certain times when you need to make deposits and certain times to make withdrawals. After a tough loss, it’s the time to make the most deposits. To lose a game to thousands of people in front of your friends and family, that already takes enough out of that emotional bank account. If you continue to take withdrawals as a coach then those kids are gonna shut down.”

One fumble or interception didn’t make the team lose the week’s game. While it might be easy to blame one player for a mistake, remember that the game is a team effort.

“Make sure that people don’t point fingers,” Vlk said. “Letting everyone know that it takes 22 legs to score a touchdown. If one kid screws up, he didn’t ruin the whole thing. You gotta make sure that you’re there to pick your teammates up.”

Think ahead to the next game

The best way to motivate the team after a heart-wrenching loss is allow some time to grieve, then encourage the players to move on to the next game. Talk with coaches and players about ways to address aspects of the game that went right and ones that went wrong.

“I give the kids a timeframe. When you come in Saturday, we’re going to talk about Friday, but by the time you leave the skills session, I will give you until midnight tonight to think about that game,” Vlk said. “Come Sunday morning when you wake up, that is the start of a new week. You have to erase the previous game and the emotions that came with it, positive or negative.”

In the end, mind set is what matters most. Think about ways to make each game a memory for years to come.

“Despite wins and losses, it’s about the experiences,” Vlk said. “I’ve been on losing teams where the kids are so great and so positive. By creating a positive experience brings team unity and brings kids together.