Building an Offensive Line: Coaching the inside zone 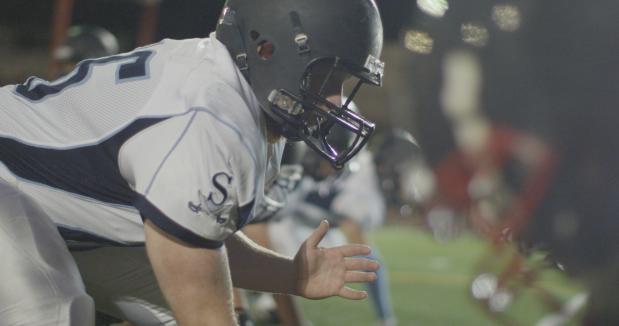 The process of building an offense begins with the offensive line.

In designing an offense, our intension is to design a system that allows our offensive line to play with confidence and aggression so we practice effectively and drill every technique to the point of being proficient in all situations.

Key to creating this effectiveness is a teaching system in which each concept builds upon another.

Then, moving forward, this understanding builds the teaching as we move through other concepts of gap schemes and pass protection.

From the start of the play, we utilize our defense technique identification and line call system. The line makes its calls, working the same way as we do on a stretch.

The differences come in our rules and technique for our footwork and punch. On an inside zone play, we have more of a vertical thought process though we know that the defense will likely react initially to stretch because we have worked to establish that play.

While in stretch, both covered and uncovered blockers take a lateral step to the play side. In inside zone, uncovered linemen now have the ability to take a straight ahead step to allow his teammate assigned to that gap to fully take over the block.

The punch of the uncovered player is quick as he steps off to the linebacker. If the linebacker is not a threat, the blocker can continue to work on Level 1 to distort the defensive lineman.

This slight variation in technique ensures that penetration into the gap is stopped and we have a better chance to move the line of scrimmage. Many coaches teach this as “four hands and four eyes.” While we do want both linemen utilizing their eyes for movement, we do not want four hands on a Level 1 defender as it will force the uncovered lineman to turn his hips and not be able to get to his block if the linebacker attacks.

The covered linemen is working to get a double under. As soon as he can work to that position, he will naturally release the uncovered lineman off to Level 2. With this scheme, running it to a one technique gives more opportunities to get two double teams on the line of scrimmage. We teach our linemen to be able to run the inside zone against any front and to any technique. Because we keep our rules simple and spend a lot of time drilling all the defensive variations and movements, we allow our offensive line to become proficient at this scheme.