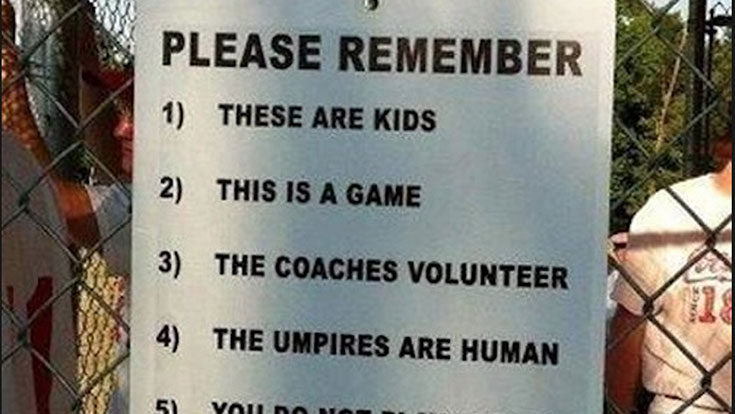 Don’t be deceived by the headline. This can happen in any youth sport.

Winning and losing certainly plays a role in a child’s overall experience, but aside from that, parents’ actions and reactions can affect what should be an enjoyable morning, afternoon or evening.

It’s important to teach kids about fundamentals and sportsmanship, but how do we, as parents, expect our children to act appropriately when parents can’t get their act together in the bleachers?

Youth sports is just about that – our youth. Sometimes, adults forget that. The experience, whether it’s at practice or at a game, is not an event on your social calendar. You are there to support your child as well as the other kids on the team.

Don’t be that parent. It’s not about you. It’s about the kids.

Peter Schwartz is an anchor and reporter for CBS Sports Radio and WFAN Radio in New York. You can read his general CBS New York sports blog at http://newyork.cbslocal.com/tag/peter-schwartz/. You can follow him on Twitter @pschwartzcbsfan. Peter and his wife, Sheryl, are the proud parents of Bradley and Jared. Bradley plays for the Levittown Red Devils of the Nassau Suffolk Football League on Long Island in New York. Jared cheers him on and Bradley returns the favor when Jared is playing soccer.