Parents, coaches and student athletes need to learn to respect the potential of social media 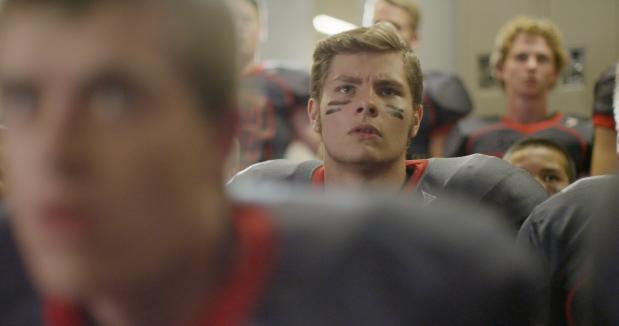 Many are likely aware of the recent news surrounding Aldon Smith.

All of these men have one thing in common in addition to being professional football players. They all made extremely poor social media choices.

High-profile blunders cost these players millions of dollars in lost income as well as playing time on the field. That doesn’t even take into account the damage each player’s reputation suffered and potential lost endorsement income.

Though these mistakes were extremely costly, all of these men ultimately overcame their errors and went back to playing professional football. In other words, it did not destroy their chance to play the game they love.

However, there are other examples of young athletes losing their chance to play football all because they didn’t think before pressing send or as former NFL Coach Herm Edwards implored NFL rookies, “Don’t press send.”

While Edwards’ advice is timely and prudent, it is often difficult for teenagers and young adults to understand potential ramifications. Accordingly, it is more important than ever for parents and coaches to educate their children and players regarding the potential pitfalls of social media.

The Pew Research Center recently published a report examining social media usage among teens. According to the research, 92 percent of teenagers – ages 13 to 17 years old – reported going online daily and, “teens are sharing more information about themselves on social media sites than they did in the past.”

Teens interacting on social media is societal norm. Accordingly, high school football players need to be aware that social media can become a tattoo. In other words, what you post can permanently follow you around. One poor decision and a social media interaction can spiral out of control, morphing into a neon-sign tattoo of your perceived personality that is forever etched onto your forehead.

Fair or not, for those high school athletes who are lucky enough to elicit interest from colleges, along with potential scholarships, social media is ground zero for recruiters to examine character and personality.

Social media is being monitored

Recently, SMU Defensive Coordinator Van Malone tweeted a social media audit of a potential recruit that was prepared by his staff:

We have a team of people who monitor what recruits are putting on social media. Watch what you tweet and retweet. pic.twitter.com/MNjrwSbuEd

Nowadays, colleges spend about as much time investigating the social media presence of potential recruits as they do inspecting academic records and game film. It is just that important.

So take a moment to consider the potential ramifications before pressing send. Here is an example from Penn State football Recruiter Herb Hand:

Dropped another prospect this AM due to his social media presence...Actually glad I got to see the 'real' person before we offered him.

Had to unfollow/stop recruiting a young man this evening. Still amazed by what recruits tweet/retweet. College coaches are watching.

A simple Google search turns up numerous examples of high school athletes throughout the nation who negatively altered their lives. Each young man lost a scholarship because they pressed send without thinking: New York, California, New Jersey, Massachusetts and many others.

If you are trying to be noticed by college programs, realize they may already be actively monitoring your social media activity. Further, if you are a top recruit that is fortunate enough to be listed on Rivals, MaxPreps, ESPN or other ranking organizations, you are scrutinized even more.

Coaches and recruiters monitor every single shred of information you post to social media, not just to examine your character and personality, but to gain a potential competitive advantage over other programs.

Former top recruits who recently committed to top-tier football programs were interviewed by ESPN, their insights were illuminating.

What makes this discussion timely is the recent announcement that the NCAA will vote to adopt a new social media policy this month. If the resolution passes, it will allow colleges to actively recruit players via social media. Previously, any interaction with a potential recruit via social media was considered a recruiting violation.

Essentially, the new NCAA social media policy, if adopted, will bring college coaches into closer contact with a potential recruit’s social media profile. Accordingly, it is in the best interest of the recruit, his parents and his coaches to understand social media’s potential and attempt to avoid becoming another example of a young athlete regrettably pressing send without thinking.

In this day and age, anyone who is attempting to elicit interest from college programs needs to be on social media. It is a powerful tool that can be used to raise your profile and potentially make more programs aware of your existence. However, potential recruits must remember it is a tool and not a toy. More importantly, take the time to review and adhere to suggested best practicesand rules.

If these suggested best practices are too tedious, then consider simplifying with the University of Wisconsin’s “Mom rule.”

Essentially, if you aren’t willing to share your post verbatim with your mother, then don’t press send.

SEE ALSO: Use social media to tell your coach, ‘You can count on me’