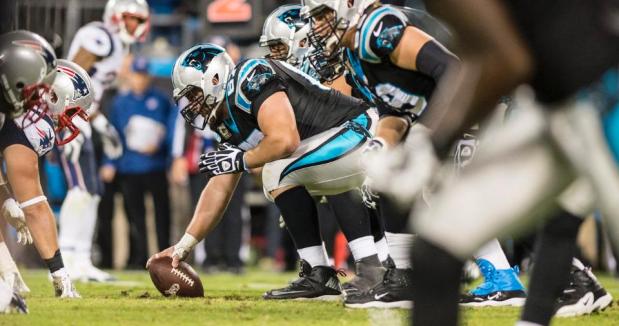 Casual football fans may remember Hall of Fame wide receiver Lynn Swann touting ballet as his secret offseason workout. A tough football player participating in such a seemingly graceful endeavor took on a life of its own and captured the imagination of America. Swann even demonstrated his ballet chops for Mister Rogers:

Reconciling the notion of a football player participating in ballet is not as counterintuitive as it originally may seem. While re-watching a few of Swann’s well-known receptions, especially during Super Bowl X, the grace of his acrobatic ability looks like a gridiron ballet.

However, there must be something in the water in Pittsburgh because another more recent Steeler adopted Swann’s offseason training regime, and it is not the usual suspect.

The big guys can dance too

In previous Skills and Drills, I highlighted NFL skill players who integrated dancing into their offseason workout repertoire. However, the nickname ‘twinkle toes’ is not only reserved for these skill players; big guys can have nimble feet as well.

It may sound crazy and possibly, amusing. However, you may want to hold your laughter until you are far away from the dance studio.

Steve McLendon decided to look for an advantage while trying to make the Pittsburgh Steelers roster in 2009. The defensive lineman was an undrafted free agent rookie who was trying to replace potential future Hall of Famer, Casey Hampton. Apparently, he felt the best way to replace such a talented player was to look back at what another Steeler did during his Hall of Fame career.

The big man initially became aware of ballet while in college. He took a ballet course on a whim believing it would be an easy credit, but it was far from easy.

“I needed like an extra credit or two, and the first day when I walked into class, there were nothing but females in there,” McLendon told Dancespirt.com.

He was a little skeptical at first, but the teacher encouraged him to stay and, telling him it could help with football.

His teacher may have been right. According to ballethub.com, football and ballet do have many overlapping similarities regarding muscle groups, movements and strength.

Ballet may not include the physical contact lineman engage in during each play, but according to McLendon, it might be more challenging.

“It’s harder than anything else I do,” he said.

He began attending ballet classes twice a week in Pittsburgh to improve his footwork and reduce injuries.

“It keeps you injury free, your ankles, keeps your feet strong, your toes strong, you get away from knee injuries…I can tell when I don’t do it in my body,” McLendon told the Pittsburgh Post-Gazette.

“What’s good about what he does, it’s not just for the grace and control, but it helps strengthen areas that may be open to injury,” Kibler said. “We are strengthening those areas that tend to be a little weaker.”

While the trend of bulky linemen in tutu’s practicing pliés is not quite sweeping the nation, it seems to have found a football audience at the University of South Carolina.

Above all else, having strong feet and excellent footwork will take you far in the sport of football, even in the trenches.

Purpose of the Drill:

The drill helps players to improve footwork and teach offensive linemen the correct way to set up for a kick-slide pass protection. The initial kick-slide is then followed by a change of footwork for a lateral slide in order to handle any potential stunts.

Align offensive linemen in a grid fashion while allowing enough room in between players so they can move freely during the drill.

On the coach’s whistle players will kick-slide backwards, either to the left or the right depending on which side of the line they usually play.

Once the linemen have shuffled to the desired depth, players will pause to await the coach’s next command.

Almost immediately after the pause, the coach will point either to the left or to the right. The player should respond by quickly shuffling in the direction indicated by the coach.

The players should concentrate on using the proper lead foot, which is always in the direction the coach points.

Make sure players retain proper posturing and pad level throughout the duration of the drill.