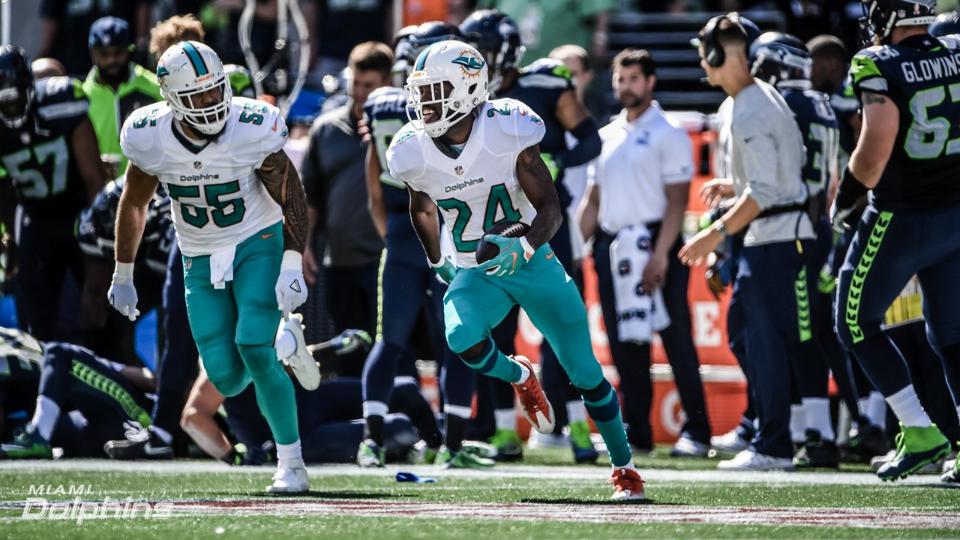 The two teams that competed in the NFC Championship have not been able to build upon last season’s success.

The Carolina Panthers and the Arizona Cardinals concluded their seasons less than satisfied. Both squads were undoubtedly looking forward to redemption this season with the hope of building on their successes.

It hasn’t turned out that way for either squad.

Heading into their Week 8 rematch, both teams desperately needed a win to keep their season alive.

Arizona’s struggles this season are a bit surprising, especially when you look a little closer.

Last season, Arizona’s offense was the top-ranked offense in the NFL during the regular season. This season, they are ranked seventh in the league, which is still quite a high ranking. Defensively, Arizona was ranked fifth in 2015 and is currently sixth in 2016.

The offensive and defensive outputs have been fairly similar, yet the results are uneven.

Last season, the Cardinals were able to win close games. The team was 8-1 in games that were decided by fewer than eight points. This season they are 0-2-1 in suchgames.

Ultimately, winning close games is the result of opportunism. The sport of football is a game of inches. If an opposing team makes a mistake, it must be capitalized on to put points on the board. This is the way championship teams win close games. Ultimately, these points must come from all facets of the game.

The first series between the Panthers and Cardinals set the tone for the remainder of the game. The Carolina defense, specifically linebacker Thomas Davis, was opportunistic when he recovered a fumble and ran 46 yards for a touchdown.

The purpose of this drill is to teach all defensive players the proper technique for scooping and scoring when a fumble hits the ground.

Place two step-over bags on the ground for players to move laterally over.

Approximately four yards away, place a cone that will act as a starting point.

Players will begin in a two-point stance while perpendicular to the step-over bags; this allows them to shuffle down the line and over the bags.

Players will quickly shuffle down the line, while concentrating on proper pad-level, as they approach the step-over bags.

Players should exaggerate their footwork as they traverse the step-over bags, while keeping their eye on the ball throughout this portion of the drill.

As the player is halfway through the step-over bag portion of the drill, a coach will roll a ball on the ground to simulate a fumble.

As the player approaches the fumbled ball, they must bend at the knees while continuing to closely track the ball with their eyes and hands in order to make a solid recovery.

Players should field the ball, much like an infielder fielding a ground ball in baseball, with the ball between their legs, great bend in the knees, sinking the hips, eyes and hands to secure the ball and then quickly getting up-field once the ball is fully secured.