Winning laws of leadership for your team 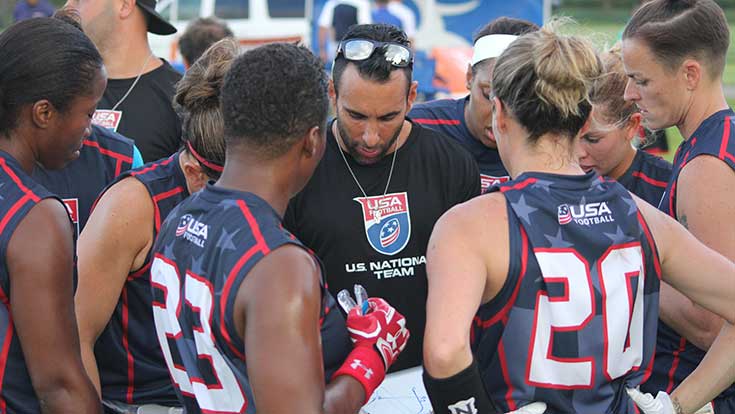 In his book, Maxwell says that “everything rises and falls on leadership.” In my study of business organizations, governments and sports organizations, I have found this to be true.

Law No. 1 of “21 Irrefutable Laws of Leadership” is the “Law of the Lid.” This law states that a person’s leadership ability is the lid that determines a person’s level of effectiveness.

On a scale of 1 to 5, if an organization’s leadership is at 4, then organizational success will never exceed a 3 (Figure 1). This is a law. To understand this, all you need to do is think for a moment about sports organizations that are consistently successful. 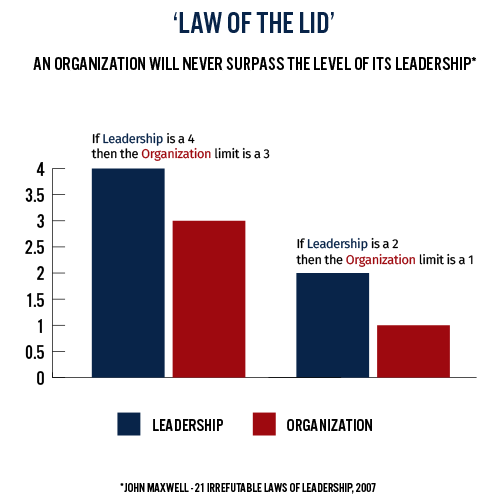 A sports team or organization has many levels of leadership that ultimately contribute to its success or failure. For a high school football team, this would include the administration, the head coach and coordinators. It would also include players who are in leadership positions such as captains, seniors and of course, the quarterback.

In my coaching experience, I’ve often heard coaches say “Hey you seniors, you guys need to be leaders” or “Quarterback – you need to be a leader out there.” The problem is that while this is being coached, it’s not being taught. Ultimately, to be a great coach, you need to be great teacher. Leadership needs to be taught.

If you’re going to teach leadership then you need to understand exactly what leadership is and then specifically how to teach it.

Leadership is best defined by Maxwell’s second law, the Law of Influence

“The true measure of leadership is influence – nothing more, nothing less,” Maxwell wrote.

Unfortunately, our society puts far too much focus on the position of leadership that a person has and not enough on the influence that a person shows.

If leadership is influence, then it is not a position held. It cannot be mandated, appointed or awarded. It can only be earned. Getting others to follow begins with character.

Holding a leadership position means nothing when it comes to influence. If a person does not have solid character, then he or she won’t be able to influence others very well. At least not for long.

To be an effective leader, people must like you and trust you, and that begins with character. Honesty and integrity are foundational traits that define a person’s character. A person can only fake character for a while. Eventually, character gets revealed by how one responds to adversity and times of stress. 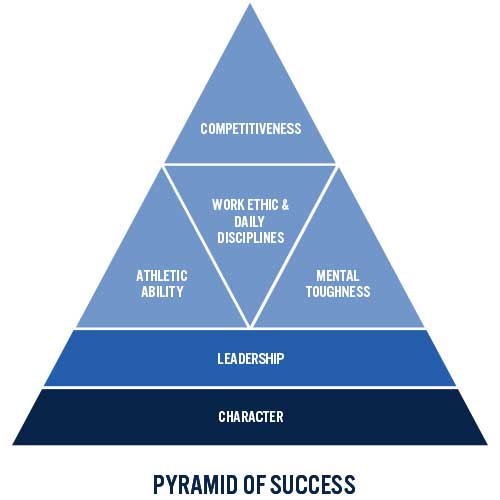 The 2017 USA Football National Conference will bring together some of the top leaders from across the sport of football. For more information, click here.

Eric Smith is a former NCAA Division 1 Quarterback and High School Football Coach.  He is the owner and director of Winning Edge Skills where he coaches and mentors aspiring quarterbacks and hosts Quarterback / Receiver Skill Development Camps throughout Northern CA, Nevada and Oregon. Eric is also a certified Leadership Speaker, Trainer and Coach for the John Maxwell Leadership Team. To connect with Coach Smith visit http://winningedgeskills.com/ or email him at winningedgeqb@gmail.com follow on Twitter at @winningedgeqbr or Facebook at https://www.facebook.com/winningedgeskills or by phone at (530) 945-4144.