Why we need high school football: TEDx talk highlights the values of the game 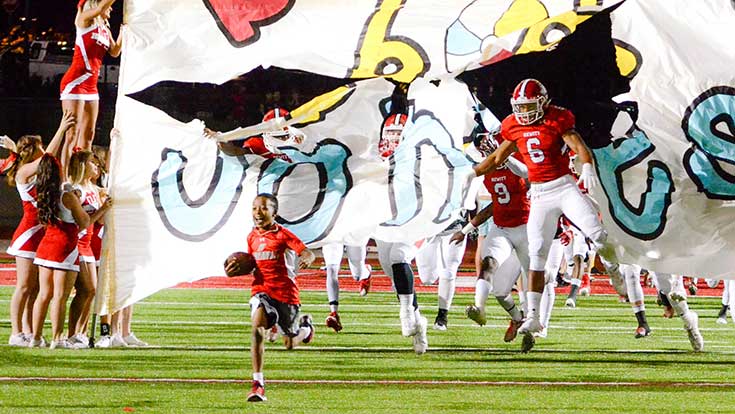 Football is extremely unique in the pantheon of high school athletics.

Reid recently spoke at the TEDx conference and discussed his mission to unravel these misconceptions and sing the praises of the high school football experience.

High school football affords young men the opportunity to learn to work with others toward a common goal, be a part of something bigger than themselves and feel valued along the way.

More importantly, the bar to join a team, which can impart these lessons, is essentially non-existent.

“All those qualities I discussed, you can have. Anyone can be involved in it, there is no barrier to entry…It wasn’t on the kid to pay for it or be good enough, they just need to come on out. That is extremely powerful in today’s world, where we exclude kids from sports at a younger and younger age due to finances or athletic ability, always weeding them out because we’ve got to create the best team,” said Reid.

More importantly, once a youngster decides to join the team, the chances of them participating during a game are exponentially higher than any other sport.

In today’s modern world, many of us have become accustomed to instant gratification. Those youngsters who were born into the world of instant gratification often find themselves becoming disappointed and disillusioned with the world when real life isn’t that easy. As a result, they need to learn the important life lessons that involve a combination of patience and long-term thinking.

The high school football season, from training camp through to the playoffs, is typically around a six-month window. During that same time, the majority of teams play approximately eight games. This does not including playoffs because most of teams will not make the postseason.

As a result, high school football players spend the overwhelming majority of time preparing to play a game, instead of actually playing the game.

The numbers don’t lie. Let’s hypothetically say that practice is approximately 120 minutes and held three days a week, which equals six hours of preparation for a game that will last 60 minutes. This is essentially a one-to-six practice-to-preparation tradeoff, which doesn’t even take into account that no one on either team should be on the field for the full 60 minutes. Accordingly, the one-to-six practice-to-preparation tradeoff is actually higher.

Therefore, the largest amount of time a high school student spends around the sport of football is actually teaching them to embrace the grind of hard work, learning the details of preparation and along the way, working toward a long-term goal.

“It’s the qualities that you learn playing a sport that matters…We want to build those qualities that create a productive adult…We’ve got to give kids the opportunity to learn these lessons.”