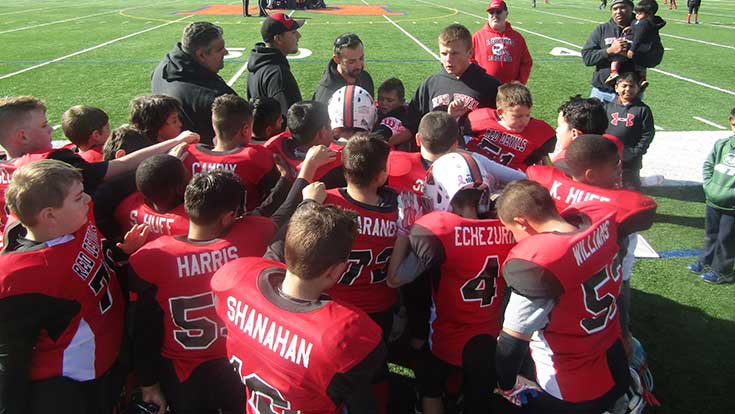 There are those who seem to possess natural charismatic, confident qualities and others who exist as wallflowers throughout their school years.

Some will go through life remaining timid and shy while others bloom and blossom in their adult years.

Many times, when a child deemed a wallflower discovers sports – including football – we find within the sport lies a newfound confidence, competence and a truly driven person.

Kids tend to come out of their shells when they find their place in the world, and football is a sport that anyone can play no matter your shape or size. Whether big and slow, short and quick or right down the middle, there’s a spot on the field for you.

Some people ask, “Why football? Why not have kids play other sports?” The answer is simple: For some kids, it’s football they are interested in.

The Utah Girls Tackle football League got some national attention last fall thanks to Sam Gordon, an 11-year-old player whose YouTube highlights landed her on a Wheaties box.

Something that few people know about that league is that about half of the 100 girls in it had never played an organized sport before. But following that season, nearly every one of them went on to play another sport as well.

Football gave them the confidence in their minds and bodies to try.

Here’s four ways that playing football can build confidence in a youngster:

Team effort. Focusing on strengths. A mixture of praise and criticism. Telling the best moments. These all play into creating an atmosphere where confidence can advance.

Also, by encouraging their kids to exercise personal accountability over their feelings, actions and reactions, parents make it clear that kids are in control of their confidence and their lives.