Merril Hoge, Chuck Noll, and why the best coaches are the best teachers 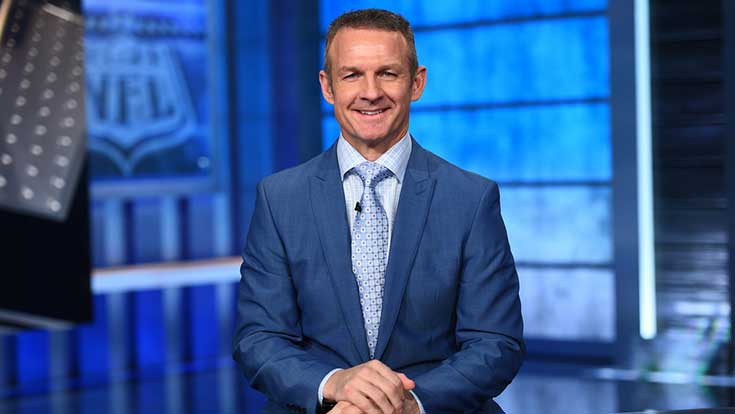 "People are anxious to improve their circumstance, but are unwilling to improve themselves, they therefore remain bound” – James Allen, As A Man Thinketh

Merril Hoge is scheduled to be a keynote speaker at the annual USA Football National Conference in Orlando this January. The former Pittsburgh Steelers running back spent five seasons under Hall of Fame head coach Chuck Noll, whom Hoge credits for much of his success. Noll not only inspired his players but was also hugely successful himself. He is one of only two coaches – Bill Belichick is the other – to win four Super Bowls.

In a recent video by USA Football, Hoge discusses what he admires about his former coach.

“The difference between good and great coaching is the ability to teach, and the best teacher I’ve ever been around is Chuck Noll,” Hoge said:

I was immediately inspired after watching the video. As a leadership coach and trainer, I felt compelled to learn more and what I discovered was fascinating.

Noll is often portrayed as a simple blue-collar tough-guy. However, this perception doesn’t paint the actual reality of the man who crafted Pittsburgh’s famed ‘Steel Curtain’.

I always remind the kids I work with to carefully choose which sports figures they admire. More specifically, I encourage kids to specifically define what qualities they like about them. What I learned about Noll caused my admiration for him to skyrocket.

To be a great leader, you need to be committed to personal growth. This growth includes moving beyond just the skill set involved in the industry you’re trying to lead. Great leaders are self-aware. They know who they are and what they stand for.

First and foremost, Noll knew he was teacher.

According to a Paul Zimmerman article in Sports Illustrated, Noll was once asked how he wanted to be remembered.

Noll was a very effective teacher, as his legacy attests to. However, he was also an enthusiastic learner and seemingly passionate about everything he did. He was well-versed on many interests beyond football including politics, oceanography, wine, haute cuisine, chamber music and photography.

Given Noll’s zeal for life, it’s easy to understand how he excelled at motivating people to bring out their best.

It wasn’t unusual to find Noll teaching proper fundamental techniques to rookies he knew were going to cut just days later. That level of commitment reveals how much Noll genuinely loved to teach. Like other great leaders, he knew that coaching is about much more than just wins and losses.

“A life of frustration is inevitable for a coach whose main enjoyment is winning,” Noll once told The Sporting News.

Hoge appreciated Noll’s commitment to teaching and not merely winning.

“Coach Noll was a fabulous teacher not only within the structure of the game but also how it translated to life,” Hoge said. “He did a great job correlating the two. The very best coaches are not screamers and yellers – they’re teachers.  Those that can think like that, and focus like that, resonate with kids and people more.”

Noll displayed leadership by helping others. In football, that begins with teaching. If you can convince a player that you’re committed to helping him become a better player and a better human being, then you’re going to get more out of him.

Noll helped create men who were better equipped to endure life outside of the sport. There is little doubt that Noll’s former players marched into life after football as better fathers, husbands and members of their community. This is the result of his great leadership abilities and his authentic desire to serve others.

Noll’s impact on his players reminds me of a question that Lou Holtz often poses, “If you didn’t show up, who would miss you and why?” The all-important legacy question is one that is often asked by those facing their mortality. However, Holtz encourages people to ask themselves this question often, which is important for self-reflection and personal development.

As a coach, you have the ability to greatly influence the lives of young people. Are you committed to leveraging that platform in a positive way? To making a difference in a person’s life that transcends athletics? If the answer is yes, then my question would be: Are you involved in and committed to the personal growth that is required to do that?

“No one can produce great things who is not thoroughly sincere in dealing with himself.” – James Russell Lowell

The title of Hoge’s presentation at USA Football’s National Conference is “Find a Way”. The foundation of his speech involves his personal experience in overcoming long odds, head trauma and cancer. Hoge’s “Find a Way” philosophy was greatly influenced by Noll, whom Hoge refers to as “the greatest man I’ve ever met”.

His former coach’s influence continues to positively affect his life.

“To this day, when I speak, when I go places, the lessons I’ve learned from him are there,” Hoge said.

The mark of a genuinely great coach, teacher and leader is a life-long positive impact on his players.

For more information on the 2017 USA Football National Conference and to register to attend, click here.

Eric Smith is a former NCAA Division 1 Quarterback and High School Football Coach.  He is the owner and director of Winning Edge Skills where he coaches and mentors aspiring quarterbacks and hosts Quarterback / Receiver Skill Development Camps throughout Northern CA, Nevada and Oregon. Eric is also a certified Leadership Speaker, Trainer and Coach for the John Maxwell Leadership Team. To connect with Coach Smith visit http://winningedgeskills.com/ or email him at winningedgeqb@gmail.com follow on Twitter at @winningedgeqbr or Facebook at https://www.facebook.com/winningedgeskills