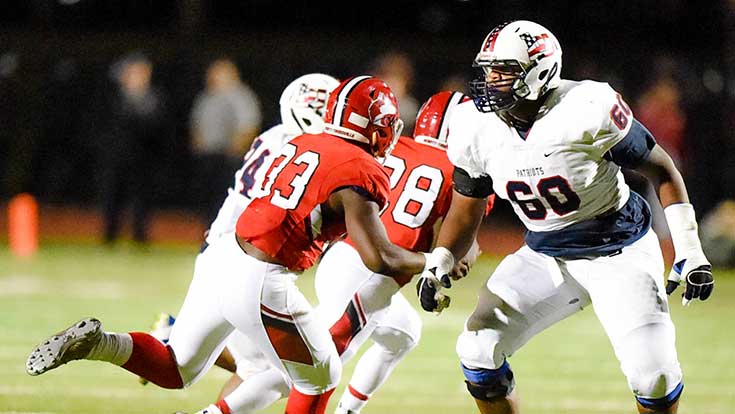 Offensive line play is a high-level skill that needs to be respected more by those involved with the craft. It’s cute to speak the positional jargon to make yourself sound like a true offensive line aficionado, but when it’s time to really show what you’re about as a player, these are the rules to live by:

1. Respect the process
You live in an era where more information is available than ever before. Use your access. Everything about the offensive line is learned. Don’t skip elements of your growth. It will catch up to you later.

2. Respect the work
Just doing what’s required has never been good enough. This is more true now than in years and decades past.

3. Respect the skill
Offensive line is a standalone skill separate from any other sport, thus requiring special development and unique athletes. Think bigger of yourself.

4. Respect the past
Many great players have already come before you. If you don’t know who they are, you’re lost in the dark.

5. Respect your body
Gone are the days of offensive line players being viewed as the slovenly fat guys. Fall in love with training and quality nutrition to build muscle.

6. Respect the tribe
You’re only as successful as the players around you will allow you to be. Challenge other offensive line athletes to meet and exceed high standards.

7. Respect your career mortality
This game will end. Don’t lose perspective of the fact you’re playing a game. Understand it will all end. Your job is to build as many memories as possible. Enjoy every day.

8. Respect the game
There's no offensive line play without the game of football. We need this game to stay healthy and in constant evolution. Do your part to it game better for future generations.

9. Respect the other offensive players
They may not always appreciate you, but the offensive line is a selfless position. Your job is to create a healthy environment for those guys to do their jobs. Protect and serve.

10. Respect the name on the back of jersey
When it’s all boiled down, you’re a representation of your family each time you step onto the field. How do you want to represent them?

Football and thought are evolving. The passion is escalating. Where do you fit into this movement?

LeCharles Bentley was a two-time Pro Bowl offensive lineman with the New Orleans Saints, and also played for the Cleveland Browns. At Ohio State in 2001, he won the Remington Trophy as the nation's top center. A version of this blog originally appeared on LBOlinePerformance.com.

This is an updated version of a blog that originally published Jan. 20, 2017.