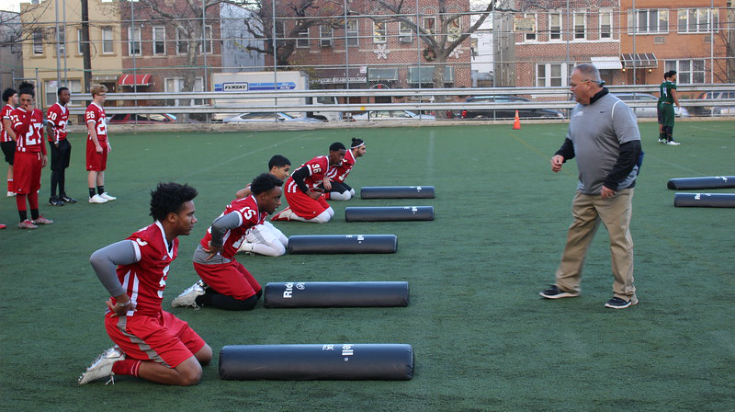 Bob Wylie has been coaching professional football since 1980, which was his first year as the Cleveland Browns offensive line coach. Since that time, he has worked professionally at the collegiate and NFL levels while adding to his wealth of football knowledge. He recently agreed to become the offensive line coach where it all began, in Cleveland.

I had the pleasure of being in attendance when Wylie presented at the Annual Offensive Line Clinic a few years ago.

Wylie examined how players understand and learn, which is as important as the content they are taught. Mastering how to best impart wisdom can help you to develop your players to become proficient at executing during pressure situations.

Wylie presented an interesting theory that was developed by Gordon Training International, titled the "Four Stages for Learning Any New Skill.” Although developed for use in training and education in the 1970’s, it still provides valuable insight and is applicable to learning athletic skills. Here’s how Wylie broke it down at the clinic:

First, the goal of learning is to reach a level of unconscious competence, which in athletics, is muscle memory when everything is instinctive and second nature. However, in order to get there, a player must progress through these steps:

Wylie believes that too many coaches skip step one and two while assuming players are in stage three. He read this quote:

“If the awareness of a skill and deficiency is low or non-existent (unconscious incompetence), then the players will simply not see the need for learning. It is essential to establish awareness of a weakness or need (conscious incompetence) prior to attempting to impart or arrange the skills necessary to move the players from stage two to stage three.”

What does this mean to your approach to coaching?

When you begin your next summer practices, assume your players are a blank slate and know nothing. If it has been eight months since a player has performed the skill, then first make them aware of any weaknesses by constantly coaching them during repetitions. Use video of drills to show a player where technique deficiencies exist. As a player becomes conscious and understands his errors in technique, begin to tailor drills to help him work through the errors effectively. According to Wylie, with enough practice in this format, the skill will become second nature.

As coaches, we need to always be seeking to better understand our players and their individual learning processes. As veteran players become aware of deficiencies more quickly, we can allow them autonomy to become more proficient on their own and spend more time with younger players.

Understanding the individual learning process is important and can go a long way toward more effectively imparting skills, which translates to players more effectively demonstrating the skill on the field during pressure situations.