Learning the basics of breaking down film 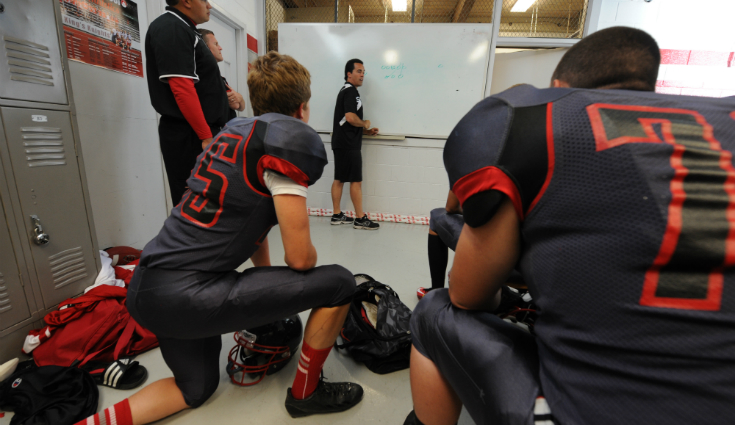 If you don’t know what to look for, breaking down film can be difficult.

Ultimately, you want to know what to look for so that it enhances all three phases of your team.

However, some coaches may know exactly what to look for on offense, but have a difficult time seeing the other two phases with the same clarity. Further, whether the video was recorded in-house or submitted by an opponent can have an effect on the way you should watch the film.

Accordingly, it is important to learn how to understand film. Here is my method:

When breaking down the offense, the first thing I look for are individual players because I want to know whether or not each player has completed their assignment on the play. In addition to the initial individual breakdown, the are 12 items I look for when evaluating the play of the offense:

Exactly like the offensive side, the first thing I want to see is whether individual players complete their assignments during every play.

I also look for the following when evaluating defense:

When evaluating the coverage teams, I always look for the following:

When evaluating the kickoff coverage team, I again look for fast and disciplined coverage, the ability to tackle and the skill level of the kicker.

When evaluating the return team, I look for the following:

When evaluating the field goal and PAT team, I initially watch for and evaluate the skill level of the snapper, holder and the kicker. If all the techniques from these positions are solid, then I look at the ability of the other players protecting the kick.