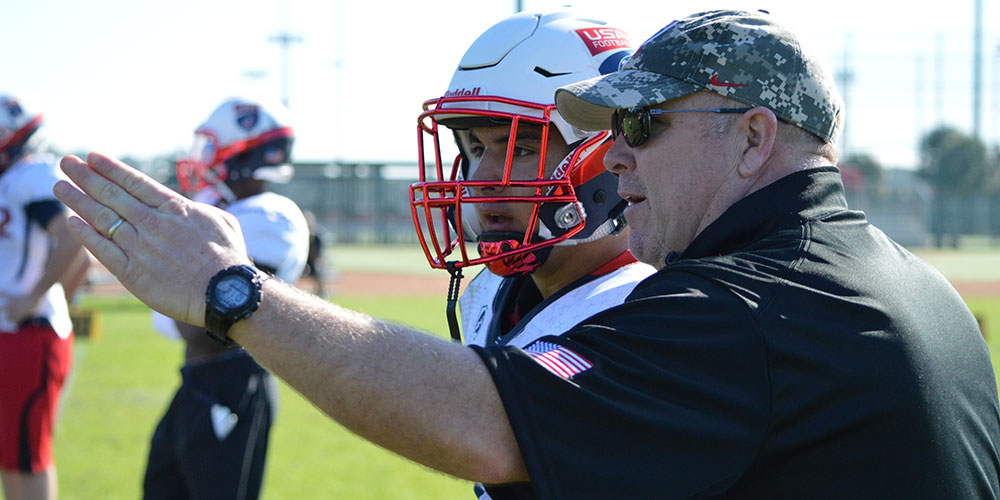 The last two weeks have been challenging for Casey Taylor.

The highly successful coach left his post at Del Oro (Loomis, Calif.), a job he’s held for the last 15 years, to become the head coach at Capital Christian (Sacramento, Calif.).

It was a decision that did not come easily for Taylor, who got emotional when he broke the news to his players. But Taylor knew it was time for a new challenge.

“I never planned to leave, and I would only think of leaving if there was a great job and the stars aligned just right,” he told Joe Davidson of the Sacramento Bee. “Capital Christian opened my eyes to a new vision, and I want to be involved in it. I’m a lifelong learner and I want to build something special.”

Learning is paramount for Taylor. Despite his prodigious success, he’s constantly seeking ways to improve. That’s one of the reasons he’s excited to be on Matt Hennesy’s staff, coaching the Under-18 National Team as it prepares to take on Canada on Saturday in the North American Championship.

The trip is already paying dividends for Taylor, who’s been sharing knowledge with the other coaches on the staff.

“The networking with coaches, learning how these guys do things throughout the nation, has been very valuable to me,” he said.

“It was really important for me to leave the best way possible and make sure I was communicating with everybody there (at Del Oro), to let them know how much I cared for them and loved them and really appreciated my time there,” Taylor said. “I think the key is really being true to what you’re about, letting people know what you feel, really face the music and telling people what it’s about, and not trying to sneak out the back door.”

When Taylor returns from Orlando, he’ll look to begin executing his vision for the Capital Christian program—a vision that will undoubtedly be imbued with lessons he’s learning as a U.S. National Team coach.