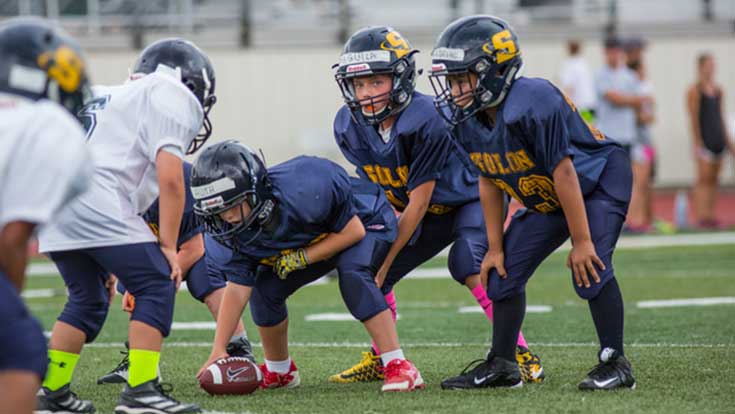 In response to several media reports, please allow USA Football to clear any confusion surrounding a version of the sport it will test in 2017 – The Modified Tackle Game.

Overview of the Modified Tackle Game

USA Football will pilot a version of the game under the working title “The Modified Tackle Game” in the fall of 2017 to a select number of youth leagues. The game model is designed to enhance and strengthen the player development pathway and serve as a bridge between flag football and 11-person full-field tackle while maximizing the player experience to allow the sport to take its next step in the "right-age, right-stage" approach.

USA Football strongly supports 11-person football as the foundational game format. We believe flag football and potentially the modified game are important versions of the sport that provide additional entry points for players and parents to collectively serve as a smart player development pathway based on the right age and stage of a player.

How we got here

In 2015, USA Football began developing the Modified concept as its first step in long-term athlete development. Like game modifications and levels of progression similar to other sports – ice hockey, tennis, baseball and soccer – we recognized it was time to provide football with another option for athlete development.

In 2016, the game model was tested during an on-field evaluation in Northeast Ohio with two youth organizations with the assistance of Chuck Kyle, longtime USA Football Master Trainer, St. Ignatius High School (Cleveland) head football coach and the youth football advisor to the Cleveland Browns. In addition, the game was also tested over the course of an entire season by the Westfield (Ind.) Youth Football League under the direction of Jake Gilbert, Westfield High School head football coach who also oversees the youth program.

Both “test runs” were met with overwhelming support and encouragement by players, parents and coaches, leading us to formally pilot this model in the fall of 2017 on a larger scale to further examine its merits.

Participating leagues have not yet been determined.

The future of the Modified Tackle Game

The Modified Tackle Game remains in its developmental stages, and the 2017 pilot will be integral in our assessment to how we best support and promote long-term athlete development. In addition to the 2017 pilot, USA Football will obtain feedback from players, parents, coaches and administrators, along with the collection of other qualitative research and additional data points to determine how to best move forward in 2018 and beyond.

No formal recommendations will be made in 2017, and any future recommendations made will be done so working with players, coaches, parents and administrators for the betterment of the sport's progress and evolution.

Initial game modification concepts (to be tested and observed in 2017):

USA Football believes and supports flag football and 11-person full-field tackle football. We are encouraged at the prospects the Modified Tackle Game affords the sport as another option to remain involved and participate in football.

USA Football envisions a pathway that entails flag football to modified tackle to 11-person football. However, USA Football will, and has always, honored a league and more importantly a parent’s right to determine which version of the sport is best for their athletes.