11 lessons in leadership from a mic’d up Kirk Cousins 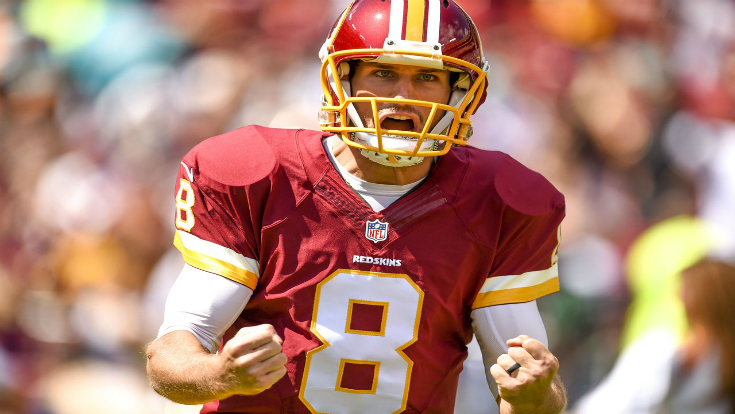 If you’re a coach or athlete wanting to elevate your leadership abilities and influence others, then watch this video, found at the link below:

In it, Kirk Cousins, the quarterback for the Washington Redskins, puts on an absolute clinic on leadership.

Leadership is a vast subject and can be described and executed in many ways. Let’s look at the way Kirk Cousins demonstrates it here:

Show gratitude – Great leaders are humble. They understand that no one succeeds alone and any success that they are experiencing is the result of the efforts of many other people.

At the very beginning of the video, Kirk is repeatedly heard saying “thank you” in an authentic and sincere way to his teammates, coaches and staff. This shows others that they matter to you. That they are valued. Feeling valued is empowering. Athletes will work harder, longer and sacrifice more when they know that they are valued.

Command discipline – Quarterbacks must command the attention and discipline of their teammates at all times. The quarterback’s ability to do this is revealed in the midst of the chaos that is common on the field and in the huddle. Notice how Cousins commands this attention from his teammates when he says ”Tight Huddle… Listen Up.”

Cast your vision – A great leader never misses and opportunity to communicate their vision to those that they lead. This needs to be done often. Never assume that others know what you’re thinking or where you’re leading them. Listen to Cousins cast his vision by clearly communicating to his teammates what’s getting ready to happen when, with only 55 seconds left in the first half, he says: “They’re in nickel, we’re going to pound the rock and get a time out right afterwards ok?”

Question authority by using supportive evidence – When a great leader challenges others, they do so by supporting their arguments with facts. When Cousins questions a controversial call involving a Packers touchdown catch reminiscent of controversial key plays made in the past by Calvin Johnson of the Lions and Dez Bryant of the Cowboys, Cousins inquires... “If Calvin Johnson’s catch a few years ago in Chicago is not a catch then how is that a catch? If De Bryant’s catch is the playoffs isn’t a catch, how is that a catch.” When the TD catch was confirmed after replay, Cousins, in a self-deprecating way goes on to say..”I guess I just don’t understand the rule very well.” He doesn’t criticize, he doesn’t play the role of the victim, he simply acknowledges that he must have some sort of deficit in knowledge. Then he picks up his helmet and prepares to go back to work unfazed by the adverse call. That’s what leaders do!  They are always forward focused. They don’t waste time or energy on matters beyond their control and they don’t respond to adversity or injustice by playing the role of the victim. There is absolutely no growth that occurs when you’re a victim and clearly Cousins understands that. He’s a great example for his teammates with the way he deals with adversity.

Acknowledge authority when being instructed – Great leaders show respect to everyone and especially to others in positions of authority. When one of Cousin’s coaches approaches him on the sideline with instructions to “push the tempo” Cousins acknowledges with enthusiasm by saying “Yes…Okay.” Coaches hate it when athletes don’t listen with their eyes. Great leaders in football understand this by giving their undivided attention to coaches when being coached. They remain learning based, they’re students of the game. Simply put, leaders learn. It’s what they do and the great ones display a great attitude and posture as they go about doing it.

Focus On fundamentals – In the next scene, Cousins can be seen warming up his arm just off the sidelines before going back onto the field. As a quarterback coach, I appreciated seeing him do this in the exact way that I coach young quarterbacks to do it. And that is with purpose. He was taking a slight drop, hitching up and passing with purpose. Exactly like he would execute it in the game. Leaders understand that there are no shortcuts to success. They understand that their behaviors turn into habits so even when they warm up, they do it with purpose.

Giving credit to others – After throwing a deep touchdown pass into a very difficult wind Cousins begins to celebrate again with his teammates. After hunting down one of his linemen to celebrate, he repeatedly says..”great pocket….great pocket!” When approached on the sideline by his coach who marveled at how he was able to “drop a dime” into such a strong wind Cousins would have nothing to do with by responding “Oh no he made a great catch too!” Great leaders give credit for success to others and shoulder blame for failure. They understand at a high level that it is their duty to serve others. In doing so, great leaders further elevate their status by gaining the respect and dedication of those they lead.

Maintain morale – Great leaders are always concerned about morale. They continually look for ways to keep morale high. They understand that morale is the emotional fuel tank that must be kept full. They understand the without emotion and passion, people will not be able to go as far or endure adversity as well. Never was Cousins understanding of this more evident than when seen stirring up a ‘high five party’ on the sideline by getting everyone in the organization involved. Enthusiasm is contagious and it’s critical in a difficult game like football to maintain an enthusiastic and fun environment. It’s the leaders job to create and maintain this environment if it doesn’t not exist.

Show humility and class both victory and defeat – Finally, great leaders show confidence at all times but they’re not arrogant. In victory or success, they remain humble. They know that there is always room to improve. They maintain a growth mindset that is always pursuing excellence. They want to improve at all times, not just when they lose. Cousins showed a growth mindset when he spoke in awe to his teammate about the greatness of Aaron Rogers who stood in defeat on the opposing sideline. Cousins said: “I don’t care what their record is or what his production is – he’s the best in the world.”  After the game, he echoed those same sediments in person to Rogers which showed both class and respect.

Effective leadership in being able to connect with people. Gaining their trust and confidence by exhibiting great character. Proving to them that you have their best interest at heart. Convincing them through your actions that you have the experience, skill and desire to lead them.

From a guy who coaches young aspiring quarterbacks and leaders for tomorrow, thank you Kirk Cousins for being a shining example of what great leadership in action looks like.

Eric is also a certified Leadership Speaker, Trainer and Coach for the John Maxwell Leadership Team