Why it's OK for a coach to admit being wrong 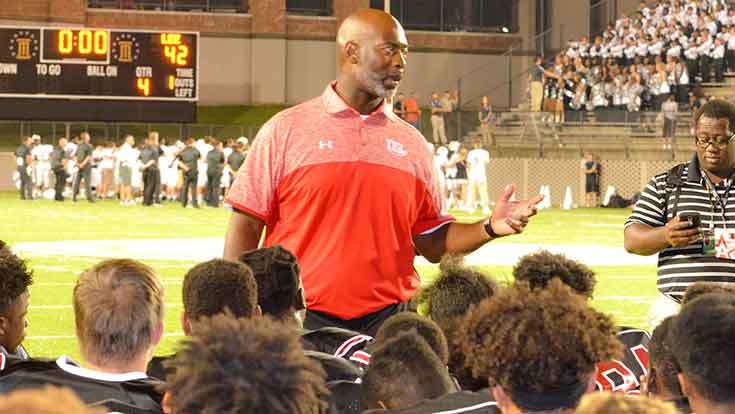 Learning how to admit when you’re wrong can be a hard thing to do for people in any profession, coaching included.

Turning that acceptance into a learning experience and respect from the athletes that look up to you, is a silver lining.

“Those kids have feelings and you try to understand,” Lombardo said. “You get engrossed sometimes in your own thing and you’re trying to win this game and you forget that the individual parts are what are most important.”

Lombardo isn’t one to shy away from getting caught up in the intensity of the game and admits that sometimes he needs to be told he made a mistake.

During one practice, Lombardo saw one of his players miss a block on punt protection and thought the athlete didn’t put in the kind of effort he expects.

“I go off on him,” Lombardo said. “Like That’s not the effort we want special teams. This punt team, you’re gonna cost us.”

Later, the athlete walked up to Lombardo and told him what happened that made him miss his block. Lombardo looked at the practice film and realized he made a mistake. The player was right; Lombardo was wrong.

“I go up to him, and I even said it in front of the team, I said you were right. I said I didn’t see the whole thing and I commented on it and that’s a mistake,” Lombardo said. “I think if you could logically explain some things to kids and they know you’re human, it’s pretty good.”

The attitude applies to his season-long approach to roster management. Sometimes, evaluations that the coaching staff makes before the season prove to be incorrect just a few weeks later.

“We try our best to evaluate as best we can, and I tell kids I’m wrong sometimes. I say we’re wrong,” Lombardo said. “That’s why you see things change in Weeks three-four-five.”

It boils down to establishing relationships with players that center on trust, accountability and care for them as people.

"If they think you have their best interests at heart, I think they're willing to give a lot more, as long as you be honest with them,” he said.

Listen to the full episode of the USA Football Coach and Coordinator podcast with Tom Lombardo here.