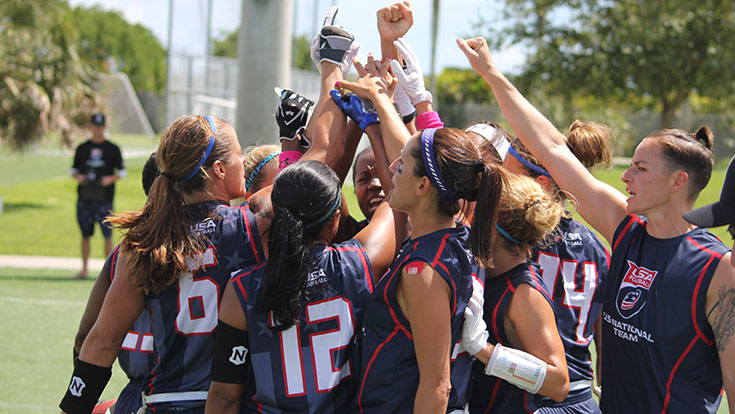 When high school football coaches were surveyed recently and asked about their No. 1 challenge for the season, how would you guess that they responded?

When I posed this question to coaches while speaking at a recent coaching clinic, their answers were “injuries” and “grades.” While these are great answers, they were not correct. The No. 1 challenge reported by coaches was a lack of leadership.

My experience with leadership while serving as an assistant coach at two different programs in Northern California is the same. While leadership is expected and demanded, it’s not taught. In fact, in many cases, the coaching staff doesn’t model it well.

As a certified leadership speaker and coach, I paid very close attention to this aspect of our program. It was typical to hear coaches commanding seniors, captains or quarterbacks to lead but not teaching them how. Understand that there is no such thing naturally born leaders. People need to be taught what leadership is and how to go about doing it.

When young athletes are commanded to lead without being taught what leadership is or how to do it, they typically resort to being vocal. It’s the only thing that they really know about leadership.

The problem is that this approach normally comes across as being condescending to their teammates and in many cases, ends up dividing rather than inspiring and unifying.

In 2015 there were four books per day published on the topic leadership. Amazon had 57,136 books with the word “leadership” in the title. Leadership is one of the most popular yet least understood topics that exists on the planet. If you were to add up the economic cost of poor leadership in the corporate and government world, the results would be mind-numbing.

The cost of poor leadership in the sports world is staggering as well.

In John Maxwell’s best-selling book “The 21 Irrefutable Laws of Leadership”, Maxwell cites 21 laws of leadership that he contends are no less valid than important laws of nature or laws of the universe.

Of these laws, Maxwell’s No. 1 law of leadership is The Law of the Lid.

The Law of The Lid states that the effectiveness of an individual or an organization will never surpass the level of its leadership. So, on a scale of 1 to 10, if leadership is at a 6 then organizational success will never be great than that. Maxwell contends that “everything rises and falls on leadership.”

Coaches wouldn’t consider going into a season without a scheme for their offense, defense, special teams and strength program. So why do they avoid having a leadership development scheme? It’s because leadership is something that’s not emphasized and taught to them.

A program can have great players and the best scheme, but according to the Law of the Lid, it will underachieve if it has poor leadership. If you want to reach your maximum potential, then you must be intentional in your approach to developing leadership within your program. How do you do this? Start by teaching character, because without it, leadership cannot take root.

Character is the foundation of leadership and it comes in two forms - moral and performance. Both are important.

Moral character is the type of character that a person would be willing to follow. It’s honesty, integrity, trustworthiness and loyalty.

Performance character is the type of character that gets an athlete out of bed at 5:30 a.m. It’s work ethic, competitiveness, focus, dedication and resilience.

With moral character, trustworthiness is huge. If a person in a leadership position is not honest then others won’t want to follow them. With no trust, the only way the leader will be able to lead is through manipulation and coercion, neither of which is very effective or long lasting.

Once moral character is in place, you have fertile soil for leadership to prosper.

There are five levels of leadership development according to Maxell. Level one is “positional” and it’s as far as most leaders get. It’s where people will follow you for a while simply because of your position, but it only goes so far and you’ll want more. Once you’ve got the foundation of character, you’re ready for the second level – “permission”.

When you are able to connect with someone and build a relationship with them, they will sense that you care and will give you permission to lead them even further.

The key to level two is teaching young athletes how to connect. This needs to be taught. It requires intentionality. Like a lit match to a candle, it’s the leader’s responsibility to initiate.

It begins with a genuine desire to get to know someone. It requires authenticity. You have to be genuinely interested in getting to know someone or else you’ll be seen as being manipulative.

Humans beings are pretty good at sniffing out intent. The best way to do this is to put yourself in a state of curiosity. I teach people to use the acronym F.O.R.D. to do this:

F – Family. Ask where they’re from, about their parents, siblings.

O – Other activities. What other sports or school activities are they involved in?

R – Recreation. What do they like to do when outside of school?

D – Dreams and desires. What do you they hope to do with their future?

One simple activity you can do is to assign kids to have lunch with a different teammate every day for two weeks. Give them this framework to follow as a guide to help them get to know each other.

After a few weeks, have them stand up in front of the team and talk about a player that they got to know that they didn’t know before.

It’s also very important to be teaching leadership to your staff as well. If leadership is not modeled by your staff then you won’t be effective developing it in your athletes. Athletes will believe what they see and experience from their coaches.

Leadership is a vast subject but these are some critical fundamentals that are important. If athletes or coaches can learn these concepts and develop these interpersonal skills, then they will be well on their way in their journey of becoming a good leader in football and ultimately, life.

Eric Smith a former NCAA Division-1 Quarterback and high school football coach.  Eric is the owner and director of Winning Edge, an online quarterback training academy where he coaches and mentors aspiring quarterbacks. He also hosts quarterback / receiver skill development camps throughout Northern California, Nevada and Oregon. Eric is also a certified leadership speaker, trainer and coach for the John Maxwell Leadership Team and an Associate Trainer with The Positive Coaching Alliance, PCA. To connect with Coach Smith visit http://winningedgeskills.com/ or email him at winningedgeqb@gmail.com or follow him on Facebook.