Before you question your child's coach, consider these 3 things 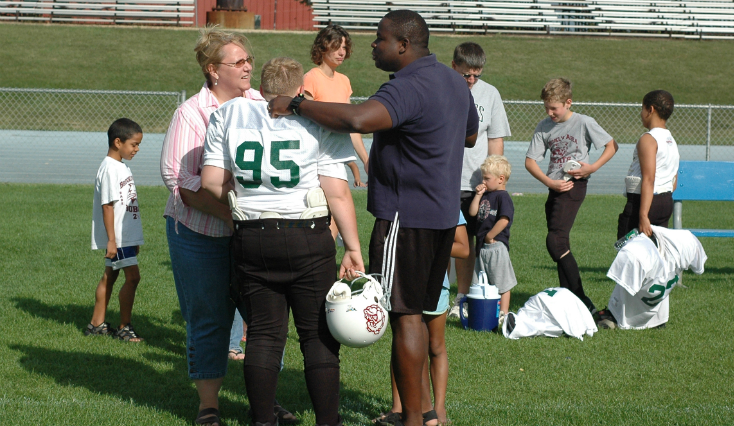 As official games begin at all levels of spring sports, parents sometimes start questioning the tactics of their coaches. This is especially common if it’s the first experience with a particular coaching staff.

Here are my answers to the most commonly asked questions by parents that might help avoid negative comments in the bleachers or even a parent-coach confrontation this early in the season:

Q: Why does the coach treat his child differently?

A: The first thing to analyze is whether or not the coach really is playing favorites with his child, or if your vision is distorted because you know the relationship.

Remember, the coach’s child should get a turn to go first in the receiving line and lead the stretching drills just like everyone else. It just shouldn’t be all of the time.

Fortunately in most cases, right or wrong, I’ve found coaches are harder on their own kids than others, and often go out of their way to make sure they aren’t playing favorites.

Q: Why is the coach not playing my child in his normal position?

A: Despite what parents think, youth players don’t have normal positions yet.

In fact, the majority of high school players end up playing a different position at the varsity level than they ever played in youth leagues.

Just because your child was a wide receiver the past two years does not mean he will be again this year—or maybe ever.

Coaches typically put players in positions where they can ultimately help the team.

Although your child might be one of the best wide receivers on the team and prefer the position, he also might be able to play running back better than any of his teammates.

Q: Why does the coach not play to win?

A: Winning is the outcome every coach strives for at every level, but hopefully not at the expense of playing the game or stretching team rules in a way that doesn’t follow the philosophy of the league, school or coach.

I once witnessed a high school coach sit the starting quarterback for the first quarter of a playoff game because he was ten minutes late to school. He told me afterward, “A rule is a rule. Late is late. I don’t care if it’s an hour or ten minutes.”

In recreational sports leagues, all players usually play in every game and, whenever possible, have equal playing time. Players also will most likely rotate positions, even if that means the best player on the team isn’t playing quarterback for every snap.

Although you might have some questions for the coach at this point in the season, before asking them, see if you can figure out the answers yourself.

Learn the ropes of being a football parent from Christine and Mike Golic. Sign up for the free Youth Football Parents 101 video course today.

Jon Buzby has been involved in and writing about youth sports for the past 30 years, originally as a coach and board member with his now-adult son and most recently "just as a dad" with his 8- and 10-year-old sons. Jon is an award-winning writer and his latest book, “Not an Expert, Just a Dad … In this Crazy Game Called Life,” is available on Amazon. Send comments or future blog topics you'd like to see to JonBuzby@hotmail.com and follow him @YouthSportsBuzz on Twitter.