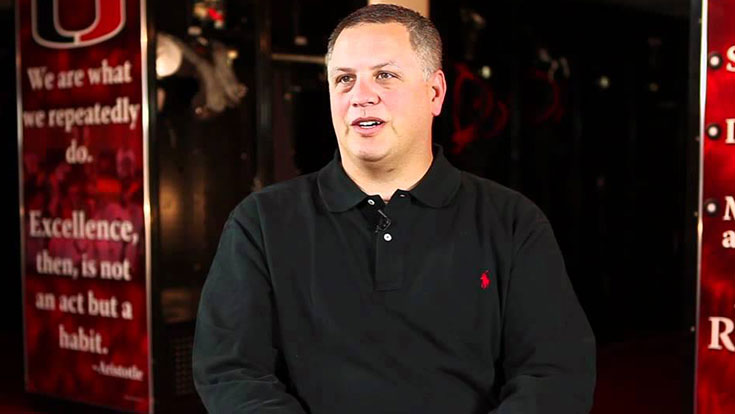 Union (Tulsa, Okla.) is one of the country's most successful football programs, capturing a state title in 2016 after executing a four-peat from 2008-2011.

Kirk Fridrich, the head coach who has overseen the program's immense success, is a defensive-minded coach who still calls the team's plays on defense. He's grappled with defending the RPO in recent years, as the scheme has risen in popularity.

He admits that right now, it can provide some advantages to opposing offenses.

"It's one of those things that the offense is ahead of us right now," Fridrich said. "For us, we obviously try to play the percentages (run or pass)...and RPO gives you both of those options. It makes it very tough."

A recent guest of the USA Football Coach and Coordinator podcast, Fridrich broke down his approach to defending the RPO.

For Fridrich, the basic answer is a common approach that many teams employ: playing man defense.

But as he is quick to point out, "that's not an answer you can always live by."

Fridrich knows that offenses running the RPO will target the overhang defender, often the outside linebacker. He also admits that hearing offensive coordinators dissect their surgical approach to picking apart defenses can be a bit "intimidating at times."

However, he also realizes that on each play, he doesn't necessarily have to outfox a brilliant play caller on the opposite sideline--just the teenager lining up behind center.

Fridrich focuses on changing up the looks that he shows opposing quarterbacks. To do this, he employs a base 3-4 scheme.

The 3-4 scheme allows him to give different types of looks with the goal of confusing the quarterback's read.

Stopping the run is Fridrich's primary concern. He's been burned in the past in situations where his primary concern has been defending the pass ("They wind up rushing for 200 yards. Some kid has a career night, and you beat your head against the wall."). His main focus is formation, not down and distance, in trying to gain insight into whether a team will run or pass.

From there, he divides up his coaching staff to allow them to focus on specific aspects of the offense:

"If those coaches work within those game plans, and we come together to try to see where it all meshes and come up with the best situation to try to take away what you do best," he said.

The results speak for themselves. En route to a state title last year, Fridrich’s defense did not allow a touchdown in four games.