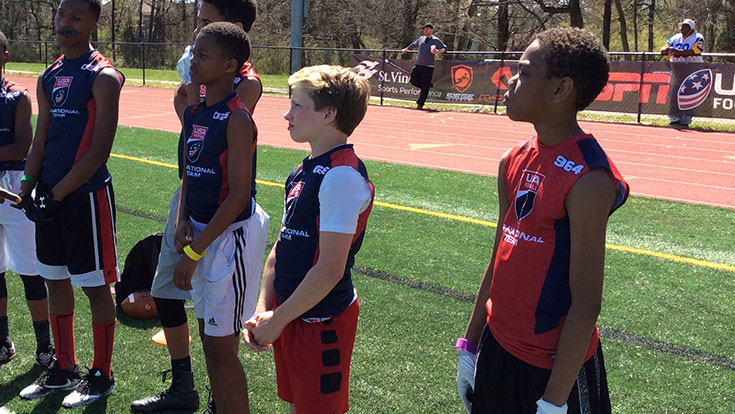 Rules for youth football have changed quite a bit these last few years and 2017 saw some huge changes that will affect us all.

In March, the National Federation of State High School Associations (NFHS), the governing body of high school sports, instituted new rules in a number of areas, including on-side kicks and blocking.

It doesn’t matter which organization operates your youth football league, if you are in any state other than Texas and Massachusetts, your base rule book is the NFHS rule book.

You may have special age, weight, point and playing time rules, but the base rules are the base rules. As such, the changes put in effect by the NFHS are important for youth coaches to know.

A major rule change that will affect many coaches is that the pop-up kickoff is no longer a legal play.

This is a kick where the player kicks the ball hard into the dirt to get a big bounce into that first row of the opponent’s kick return team.

Here is the exact language of Rule 6-1-11: A new definition of a pop-up kick is defined as “a free kick in which the kicker drives the ball immediately to the ground, the ball strikes the ground once and goes into the air in the manner of a ball kicked directly off the tee.”

This is now a dead ball foul.

The rule will try to eliminate those big collisions where a nearly defenseless, stationary receiver faces a group of full-speed tacklers from the kicking team.

Another approved rule change is the banning of crack back blocks.

This is where a trailing defender or unsuspecting edge defender gets hit by an unseen offensive blocker.

The new verbiage is: “A hit on any player who is not carrying the ball and ‘does not see the blocker approaching’ is now punished with a 15-yard penalty." Such a hit, Rule 9-4-3n states, “involves contact by a blocker against an opponent who, because of physical positioning and focus of concentration, is vulnerable to injury.” A block from the outside-in is legal if it is initiated with open hands.

The game is changing and we have to change with it. Make sure your coaches, players and parents understand the new rules, because the referees will—and they will be a point of emphasis in 2017.

Dave Cisar- Dave is the founder and president of http://winningyouthfootball.com He has spoken at over 230 coaches clinics worldwide, named as the No. 4 Most Influential on Hudl’s top 100 and has authored several award winning youth football books.