A background in wrestling proves beneficial for offensive and defensive linemen 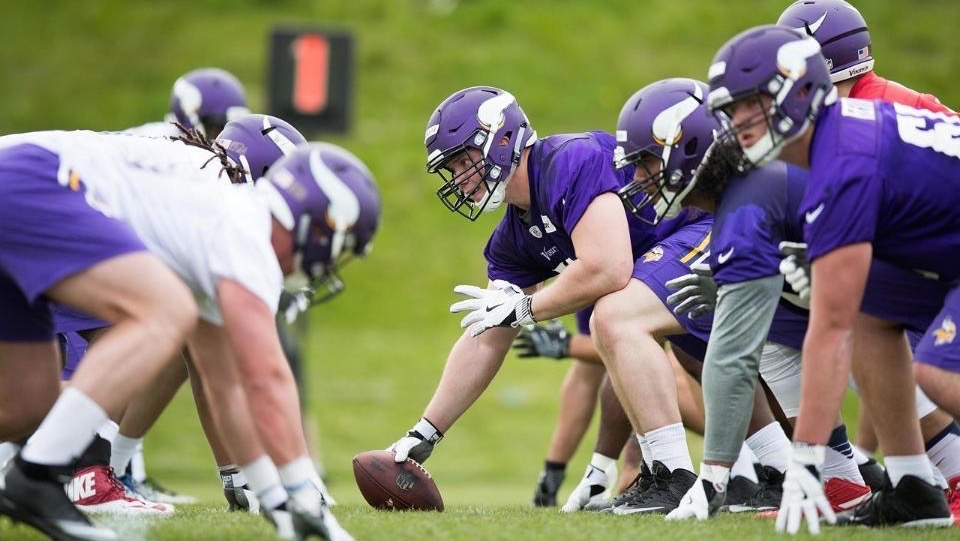 The Minnesota Vikings went into the NFL Draft seeking to bulk up their offensive and defensive lines, as three of the teams Top 6 picks were players in the trenches.

It’s no coincidence that two of those selections were wrestling standouts in high school.

According to an article by ESPN’s NFL Nation, the Vikings place value in football players with backgrounds in wrestling.

Ohio State center, Pat Elflein, the team’s third-round pick, hails from Pickerington North High School (Ohio), where he was a heavyweight wrestler who qualified for the state and national tournament as a senior:

The Vikings selected Jaleel Johnson, a defensive tackle from Iowa, in the fourth round. He was a wrestling standout at Bishop Montini (Lombard, Ill.), losing just three matches his junior year

Jamaal Stephenson, the Vikings’ scouting director, recognizes the benefits, both physical and mental, of football players with wrestling backgrouds.

"Immediately in my mind, [when I hear a player was a wrestler,] I think, 'This guy has incredible toughness and balance,'" Stephenson told ESPN. “Especially for offensive line and defensive line, that is a critical attribute you want to have.”

There have been many NFL players who were once wrestlers in high school or college, including Ray Lewis, who was a two-time Florida state champion in high school:

Johnson, the Vikings’ newest defensive lineman, will look to take the lessons he learned on the wrestling mat with him as he forges his professional career on the gridiron.

"What it taught me, really, was where to place your hands as far as whether you should be inside or outside, pad level. It really taught me good leverage as far as getting a good bend in the hips," Johnson said. "What I did in wrestling, I feel like that correlated a lot with the game of football."