The philosophy behind the Flexbone offense 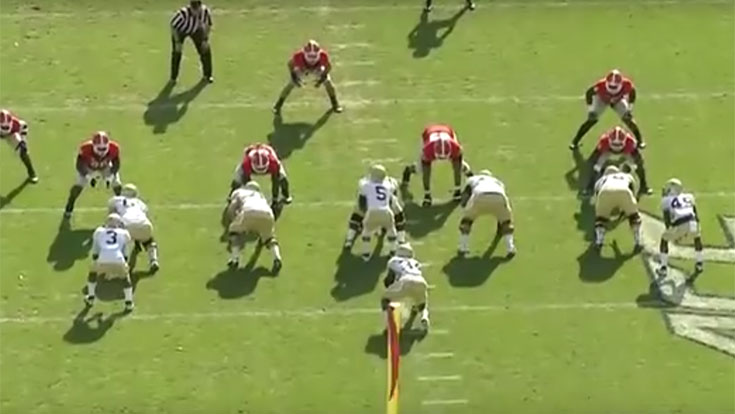 The Flexbone Triple Option is one of the most technical — and electrifying — offenses run today.

It is underrated as an exciting offense nowadays because it centers on the run game. In today’s pass-happy game, some think of the Flexbone as a relic — that is, until they have to defend it. That’s often when a coach understands how powerful the offense really is.

We are one of the smallest 4A schools in Minnesota, but we want to make sure we can compete each year with any team we face. Our belief in the goals we want to accomplish led us to the Flexbone and we haven’t looked back since.

With our school’s size, we see our situation resembling that of Navy and Army. The players they get in their systems are not the same as Alabama or Notre Dame, but they are able to not only compete with large football schools, but win.

We have a schedule featuring schools twice the size of us. The Flexbone gives us an opportunity to compete every year, no matter the size or talent of the players we have.

At the root of the offense is the fact with the triple option, you don’t have to block at least two players on the play side. Your offense cancels them by the very play you are running, the inside veer, which is commonly referred as the triple option.

This allows teams with smaller linemen to compete without having the mass upfront to push teams around. You don’t need big guys to be effective; you need to have guys who are athletic, smart, and aggressive. Most of us have these kids in our hallways, while it’s unlikely to have 6-foot-5, 290-pound potential linemen walking those same halls.

All high schools like to get their best athletes and players on the field, and this offense is no different.

It starts with your headiest player and best decision maker at the quarterback position. He or she needs to be confident and in charge.  There is a fullback, your team’s best runner, who can grind out the tough yards. Two wingbacks, who are your most versatile athletes, look to get to the edge in the run game and block the alley on plays coming their way.

Even though is it a run-driven offense, this sets up many possibilities in the pass game for your receivers to contribute when they’re not run-blocking on the perimeter.

The triple option offense can be a nightmare for opposing coaches to defend. Teams don’t see it very often during the season so it is hard for them to prepare.  This inexperience can also lead to defensive confusion, which is compounded by the natural deception in the base play, the inside veer.

When run at maximum proficiency, the quarterback is reading two players, and there is added deception of who actually has the ball. The two players that the quarterback reads are the only two that are not blocked on the play side. This creates a 3-on-2 in favor of the offense, meaning a defender must beat the block in order to make the tackle.

Another great byproduct of the Flexbone is time management.

As a run-oriented offense, there are not a lot of incompletions to stop the clock. Churning out first down after first down keeps the ball out of the opponent’s hands, therefore not giving them as many possessions and chances to score.

As you start to wear teams down and they respond by bringing more defenders in the box to stop the run, it opens up the play action passing game over the top.

The Flexbone offense cultivates teamwork and selflessness. Every player is a piece in something greater.

We averaged 31 points a game while rushing for 322 yards per game and 6.4 yards a play. We had three different players more than 800 yards rushing.  And as one was taken away the next one stepped up.

The discipline and toughness that the offense requires creates a self-sacrificing culture that runs throughout the entire program.