When parents criticize their child’s coach, it sends a confusing message to the child 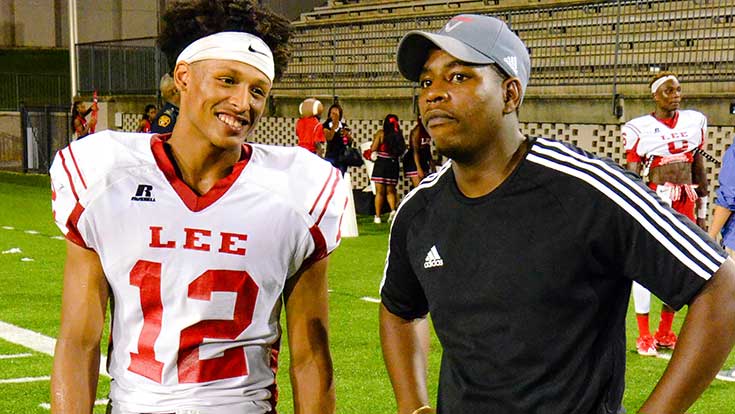 The world is far from perfect but that shouldn’t stop parents, players and coaches from constantly striving to communicate positively.

Each August, I hold a meeting for the parents of my football players. I discuss expectations and policies. It’s not unlike any other parent meeting for any other sport played anywhere. At that meeting, I like to relay the following scenario:

“Let’s say your son, Glenn breaks the curfew that you as a parent have set. As a result of Glenn breaking curfew, he loses his driving privileges for the week. I will promise you that if I hear of that, I will not say anything along the lines of, ‘Are you serious? If you were my son, you would not have lost your driving privileges. I wonder what your parents are thinking sometimes. They should have handled that differently.’”

Even if I don’t agree with the punishment, I’m not going to say anything to the player about it. This breaks the trust that I have with the parent and it puts the player in an awkward spot.

The same should go for parents who don’t agree with coaching decisions.

Realistically, parents are not going to agree or like every decision that their child’s coach makes. That’s reality. The difference is in how parents handle those thoughts and feelings. Dinner table discussions and car ride chats can go a long way toward enhancing the overall youth sports experience for the child.

Most kids want to like their coaches or, at the very least, want the freedom to make that decision for themselves. However, kids also want to remain loyal to their parents. After all, parents are the ones making many of the necessary sacrifices so that the child can play.

When parents constantly question the decisions that the coach makes, it sends mixed messages to the child and communication between the parent, player and coach can become strained.

Playing time is often the issue at the forefront of parent-player-coach conflict.

When a player makes a mistake, coaches don’t want to hear that player make excuses or try to blame teammates. Coaches want their players to be accountable. Mistakes are going to happen but how we respond to mistakes reveals character.

The same goes for playing time concerns. When parents blame the coach, it sends a message to the player telling them that others are responsible.

One of the wonderful benefits of football and other sports is that they teach success, failure, triumph and adversity all within the framework of a game. Every situation is different and there is no answer key. No fail-safe response.

When parents criticize the coach about playing time, it provides the athlete with a false lesson in accountability: Blame someone else.

But if players and parents look inward—not outward— when playing time and other issues first arise, it opens the pathway to discuss the only two things that every player can control: attitude and effort.

Rob Currin is the head coach at Alden High School in New York and a USA Football Master Trainer. He also served as an assistant coach at Buffalo State College and at St. Francis High School in Althol Springs, N.Y.