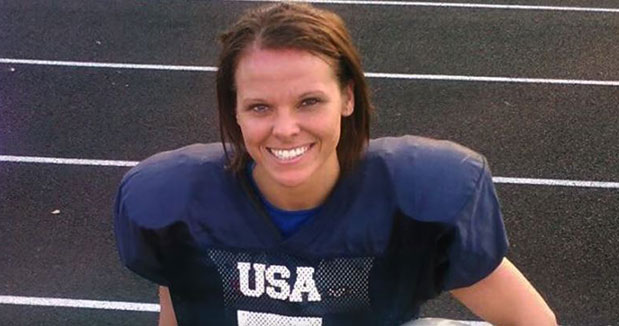 She began working with Falcons wide receivers during OTAs and will continue with the team through preseason camp.

Sowers is the third female to coach an NFL team during the past 12 months. Jen Welter coached Arizona Cardinals linebackers during the summer 2015, while the Bills hired Kathryn Smith as the NFL's first full-time female coach in January.

Sowers, who plays quarterback for the Kansas City Titans in the Women's Football Alliance, brings a wealth of experience with her to the Falcons.

The daughter of a college basketball coach, Sowers was a part of Charlie Weiss’ staff at the East-West Shrine Game. She also played for the 2013 U.S. Women's National Team in the IFAF Women's World Championship. In the title game, she made five interceptions, returning three for touchdowns and earning MVP honors in the process.

Sowers also served as the offensive coordinator of a middle school football team from 2012-2014.

She will help coach a wide receiver group that features Julio Jones, who made 136 receptions for 1,871 yards a year ago, the second most receiving yards ever in a single season.