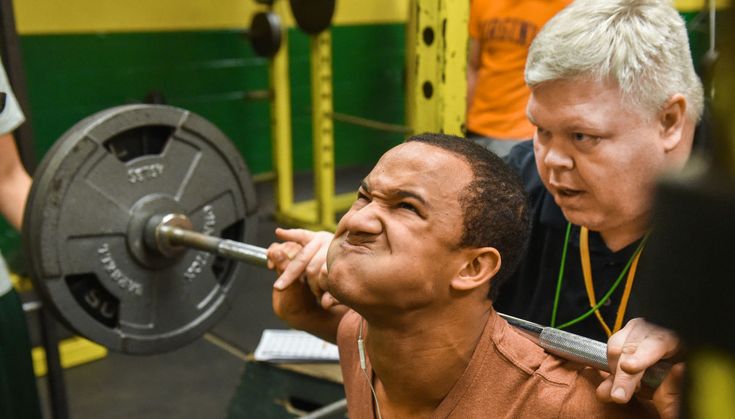 Football is a power sport. That’s obvious, right? Unlike soccer, basketball or hockey, football is played in short bursts, around five to seven seconds per play, followed by 25 to 40 seconds waiting for the next one to start.

But what does that mean regarding how you should train?

St.Vincent Sports Performance believes in sport-specific training. In other words, an athlete’s training regimen should mimic the game they're playing. In football, that usually means a weight program focused on ground-based movements.

Strength training with higher weight and lower reps allows an athlete to gain maximum strength via plyometrics and Olympic weightlifting. The rep range will vary depending on the athletes and training goals, but typically it's up to six reps. This plan also mimics the way the game is played – explosive strength and power for a short time.

Lower weight and higher reps means eight to 10 reps. This strategy can be an important part of a cycle when athletes are building a base. It also can be used to add some bulk to an athlete who needs it to withstand the rigors of the game.

The closer you get to the season, the more weight and fewer reps you’ll want to do. During the season, you'll want to keep the volume low and the intensity high. At times, you'll have to adjust to the demands of the season if the schedule calls for a short turnaround – such as a Thursday game after a Saturday game – or after a strenuous overtime contest.

Remember, football is a power sport played in short bursts, so make your workouts mimic the demands on the game.

Brandon Johnson is a certified strength and conditioning coach at St.Vincent Sports Performance in Indianapolis.

This is an updated version of a blog that originally published Oct. 21, 2014.