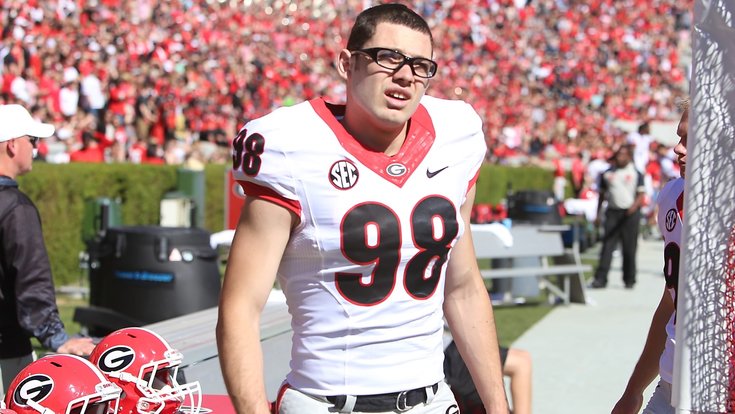 The Bulldogs took a late lead, thanks to walk-on kicker Rodrigo Blankenship.

He nailed a 30-field goal with 3:34 remaining on the game clock. It was Blankenship’s second successful field goal of the night.

It was no secret that Blankenship was not on scholarship. Many Georgia fans have been following and rooting for him since he burst onto the scene in 2016, connecting on 14-18 field goals.

On Sunday, Georgia released an emotional video of Blankenship breaking the news to his team that he has received a scholarship.

Take a look at the video:

How do you make a great night even better? Here's how.
Congratulations, Rod.#GoDawgs pic.twitter.com/SnUgkngNJj

After the go-ahead field goal, Georgia’s senior outside linebacker, Davin Bellamy, got around the edge and was able to force a fumble out of the hands of Irish quarterback Brandon Wimbush, which fellow senior Lorenzo Carter recovered.