Why my son chose to play flag football 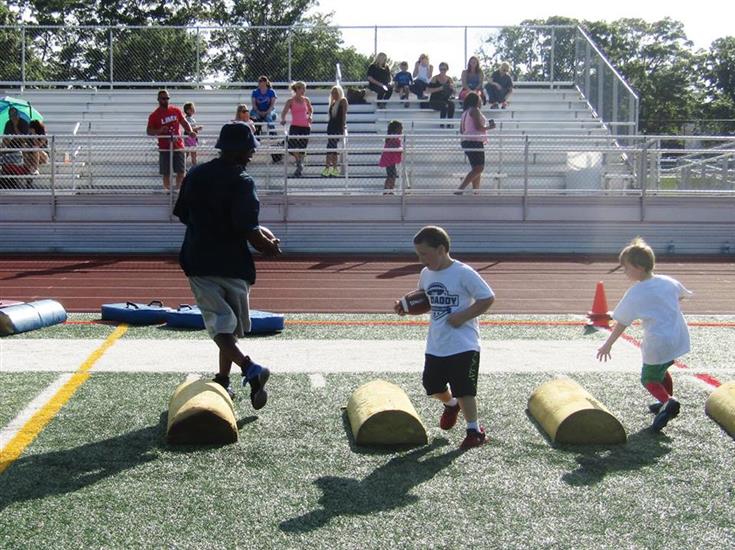 Eight years ago, my wife, Sheryl, and I added a new title to our life resumes when our son, Bradley, swapped his soccer cleats and shin guards for a helmet and shoulder pads. We had become youth football parents, and it began a journey that continues today. Sunday, Bradley began his final season of youth football before moving on to his middle school team next year, and it’s hard to put into words just how proud we are of him.

Bradley is now 11 years old and he’s grown so much because of football, on and off the field.

Being a youth football parent has been, for the most part, an enjoyable experience, but just like with any other youth sport, there are ups and downs, challenging moments and frustrating times. I’d like to think we’ve seen or experienced just about everything, and we’ve always tried to pass along encouraging words and suggestions to rookie youth football parents.

Sheryl and I are about to start this all over again, and this time we’re going to have to lean on other parents to help us out because were’ about to be rookie flag football parents.

Our younger son, Jared is now 7 years old and will play his first flag football game this coming Sunday. A couple of years ago, he tried tackle football, but just wasn’t comfortable with all of the equipment and he decided to stick with soccer. When he overheard Bradley and I talking about a friend of his that was playing flag football, he asked about it. Jared loves the concept of football, but the tackle version just wasn’t for him. So when he heard about flag football and how the game was played, he was very excited and wanted to play.

This is a brand new experience for my wife and I because we’ve never been involved with flag football. Sure, we’ve been researching the game on the internet and there are plenty of similarities between flag and tackle in terms of fundamentals. But just like anything else in youth sports, when you go through something for the first time, there’s plenty of curiosity, anxiety and excitement.

We’re confident Jared is ready to embark on this adventure because he understands football and has not only been to just about all of Bradley’s games, but he’s also been to many NFL and high school games. He’s been asking a lot of questions and has even started watching games on TV with us a little more because he’s so excited to play.

But there are some questions about flag football that Sheryl and I just can’t answer because this is our maiden voyage into this as well. Jared has been asking questions like, “Are we going to practice during the week like Bradley’s team?” “Do I have to wear cleats?” and, “Is there a center snapping the ball?”

These are all good questions, and we’ll get the answers to them soon enough. Our family can’t wait until Sunday morning when Jared takes the field for the first time. Bradley is excited to see his younger brother play just a few hours before his own game, and my wife and I are eager to see how this all plays out. We know a lot of people who have had their kids play in this flag football league, and we’re told it’s very well run. In fact, it’s run by the same organization that oversees our kids’ little league baseball teams, for so this should be a fun experience.

Sometimes people can’t tell, but I get very nervous when Bradley plays his games. Maybe nervous isn’t a good word; it’s more like a quiet excited feeling, if that makes any sense. Sure, I’ll scream a little encouragement at the right times, but I’ll do my share of pacing and starting, and I’m sure Jared’s flag football games will be the same.

I just have to keep in mind that my wife and I went through the whole first-time youth football parent thing before, and I’d like to think we’ve done a good job with that. We’ll pay close attention to everything on Sunday, ask people the right questions, and just let the coaches do their jobs and hope Jared and the other kids have fun.

We’re a football family, so I know we’ll have some fun on Sunday. As the sign in our den says, “We interrupt this family for football season!”

Peter is a sports anchor for the CBS Sports Radio Network and WCBS 880 Radio in New York. His oldest son, Bradley, plays youth football on Long Island while his younger son, Jared, plays flag football. Peter, his wife, Sheryl, and the boys are busy cheering on the New York Jets when they’re not at a youth football field.