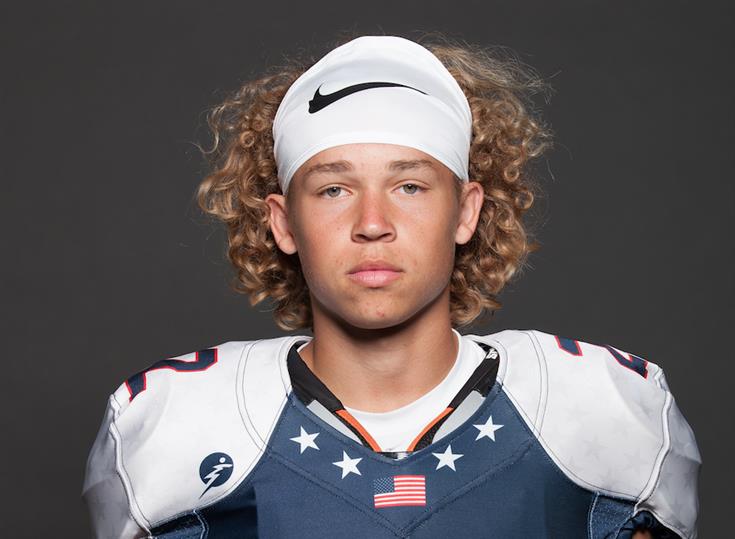 Tre Bugg loved his time with USA Football, but he didn’t truly realize how valuable the experience was until after he went off to college.

He learned a lot at regional development camps and was honored to compete in the National Development Games in California. He then played in the U-17 International Bowl in Arlington, Texas, where the team beat Canada handily in 2016. The next year, Bugg played for the World Championship in China – coming away with the silver medal.

“What's more, when I was selected to play on the U-19 team in Orlando, I was on the field with a lot of four- and five-star athletes that already had offers to Alabama, Ohio State, Oregon, Miami; you name it. I came into that game as a three-star guy, but I was able to successfully compete with all of the four- and five-star guys. That was huge for my confidence as I continued to mentally prepare to play NCAA Division I football at the United States Air Force Academy.”

Bugg, who will redshirt at Air Force this season, still remembers the thrill he got when he was able to put on that USA Football and Team USA jersey for the first time, and now with Air Force, he can continue to wear a jersey with his last name, family, team and country on it.

The defensive back is a firm believer that without his time in USA Football – and going to all of the events – his transition to the Air Force or the opportunity for an elite education wouldn’t be possible.

“By the time I was a senior in high school, when you add up all the games I played during all those NDGs, IBs, and World Championships, I'm sure I had played more football than any other athlete on the field,” he said. “Having played so many football games and competing with and against a lot of four- and five-star guys, I feel these experiences have really helped prepare me to compete at the D-I level in college.”

Getting his feet wet at Air Force has given Bugg a platform for looking ahead to what individual goals he wants to set during his career. Bugg said he wants to earn his way on the field his freshman year, whether that’s now or as a redshirt freshman. Then, he wants to work as hard as he can for his team and earn all-conference honors for at least two years while attending school.

The future looks bright for Bugg at Air Force, and he points directly to the hard work and intrinsic values USA Football taught him. So, if you are a football player looking to continue your dream onto the bright-light stage of NCAA Division I, then Bugg has some advice for you.

“Participate with USA Football as soon as you can as it's not ‘just another football camp,’ he said. “Coach Aaron Ingram ensures that every coach that's selected to coach in any of the USA camps are some of the best coaches from around the country. I'm still in contact with many of my previous coaches because they take a sincere and genuine interest in your success.

“USA Football really does look for ‘complete athletes’ that are not only the best on the field, but the best off the field as well.”

Bugg’s brothers, Mason and Matteus, have already taken the advice and are excelling within the USA Football family – and he thinks you should too.