Ask the Official: Who gets the ball after simultaneous possession? 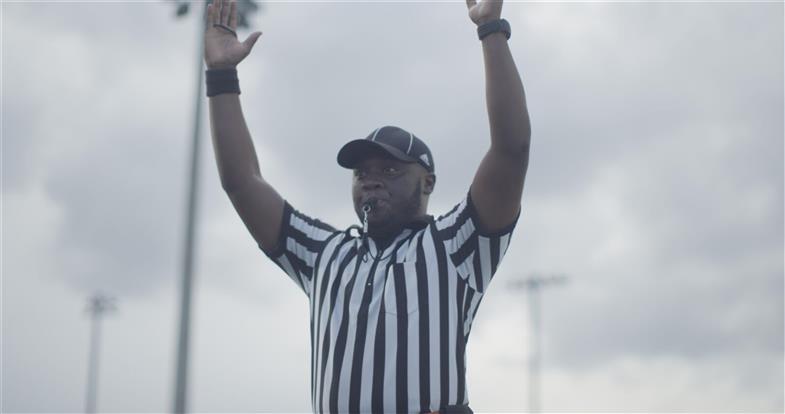 Q: While being tackled, a running back loses control of the ball and it pops into the air. The running back and a defensive player come down with it simultaneously. It appears the defensive player has control of it for a split second before the ball comes loose again, this time with both players falling to the ground with simultaneous possession. Is that split second enough to determine possession for the defensive player, or does the player need to take a step or something that is considered a “football move?” Who should have the ball once the pile unsettles?

A: If we rule this simultaneous possession, then the ball by rule belongs to the team losing possession due to the fumble.

If we're splitting hairs on one player "touching" the ball a split second before the other player, then remember this ... touching is not possession. Possession of a pass, a kick or any other loose ball, in this case a fumble, requires three components:

1)  Control of the football

3)  Do you have time to make a football type move or do something common to the game?