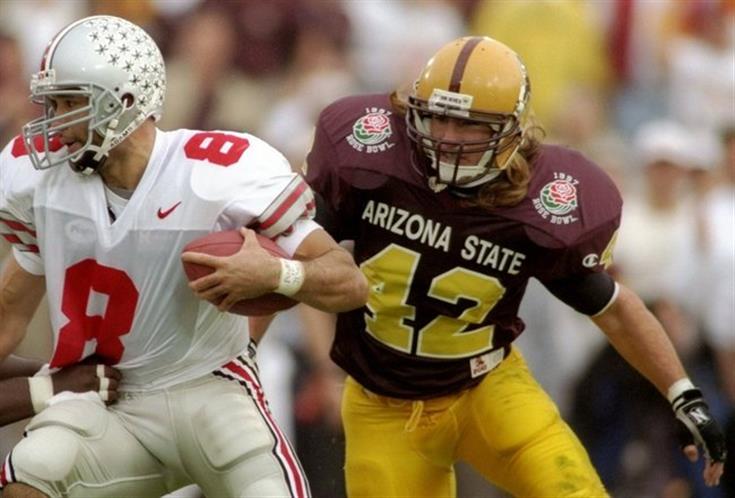 ASU, Adidas and the Pat Tillman Foundation designed the uniforms, which feature a mix of Army tan and the Sun Devils' regular colors. The squad will wear a "PT-42" logo on their chest, sleeve, gloves and shoes. The helmet will list all ASU players and coaches who have served in the military.

Tillman, who left the Arizona Cardinals to become an Army Ranger after 9/11, was killed in action on April 22, 2004, in Afghanistan.

Punter sends one to the moon

The 90-yard boot broke the Missouri Valley Conference record of 89 yards set in 2000 by former Western Illinois and Los Angeles Chargers punter Mike Scifres, and the ISU mark of 80 yards by Jim Shaughnessy in 1969.  Bouldin finished with four punts that exceeded 50 yards for the day.

Ravens RB lord of the dance

In the realm of unconventional training methods, Baltimore Ravens running back Alex Collins might be breaking new ground. ESPN's Jamison Hensley reports. Collins uses Irish river dancing to improve his elusiveness. This video, taken before Collins was drafted in the fifth round by the Seattle Seahawks in 2016, shows his moves:

Collins started the regimen on a dare from the daughter of his high school coach.

"It was embarrassing," Collins said. "I couldn't get through warmups without breaking out in a sweat. All the kids were laughing at me."

It seems to be paying off. In six appearances this season, Collins has 62 carries for 365 yards, for a 5.9-yard average. 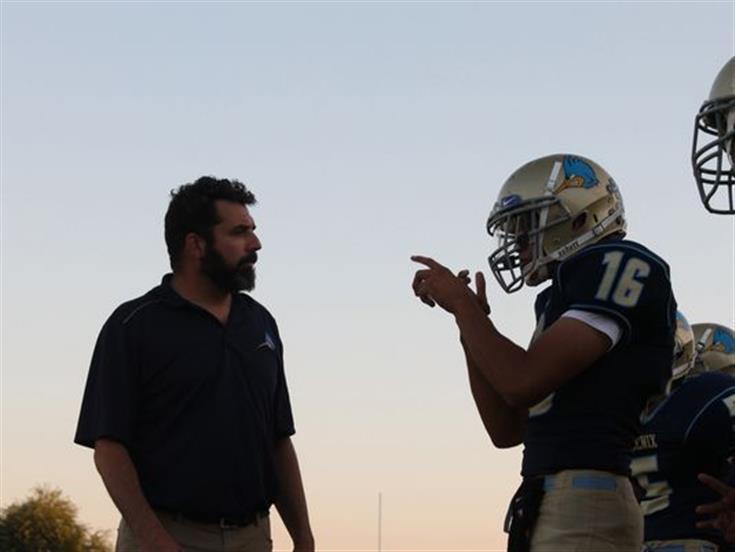 Logan Newman of The Republic says that like all high schools, at Phoenix Day School for the Deaf, coaches use football to teach lessons that prepare players for the difficulties of life. Their players just face more obstacles.

“I always want to see our alumni working. I don’t think it’s typical for deaf people to collect Social Security instead, but we do experience a lot of frustrations during a job hunt,” said head coach Dave Huber, who is also deaf. “A lot of employers don’t know how to work with deaf people or hire interpreters, and we encourage students to fight through those struggles. We teach them character and respect, and that nothing – nothing – in this world is free.”

Player Cesar Aranda was inspired by a deaf athlete who made it to the NFL.

“Fullback Derrick Coleman made his NFL debut with the Seattle Seahawks in December 2012. Two months later, he won the Super Bowl. Now, he’s on the Atlanta Falcons,” Aranda said. “He’s one of my favorite players. We have similar experiences and I learned from him motivation. Over the last four years, I’ve been trying to bring that same feeling to my team.” 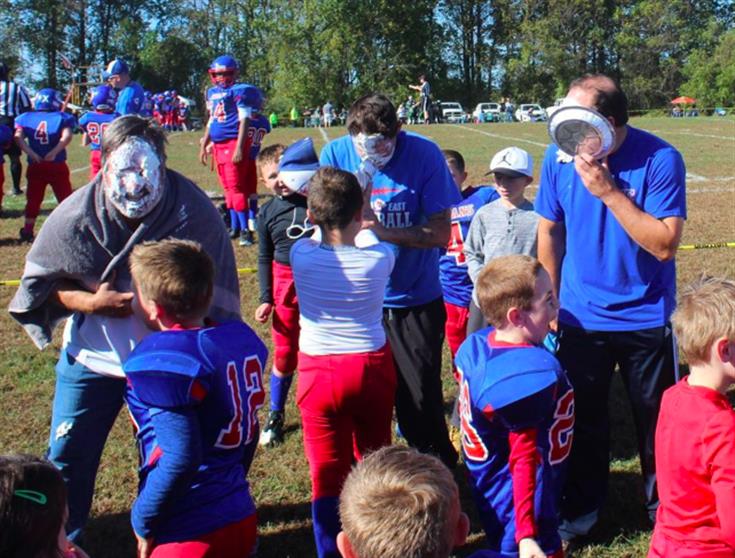 North East Youth Football in Elkton, Maryland, used its annual pie-in-the-face contest to collect money for the family of Ed Sosa, a parent with kids in the league who was injured in last week's business park shooting in Edgewood that killed three of his coworkers.

Kris Kiellich of the Cecil Whig reports Sosa survived the shooting, but is currently in critical condition at University of Maryland Shock Trauma.

“We never think these things are going to hit close to home, and our hearts are breaking for Ed and his family,” said Tammy Wade, one of the organizers.

Parents bought tickets and wrote their kids' names on them, and tickets were pulled from a bag for the honor of giving their coaches a pie in the face. The event raised more than $500.