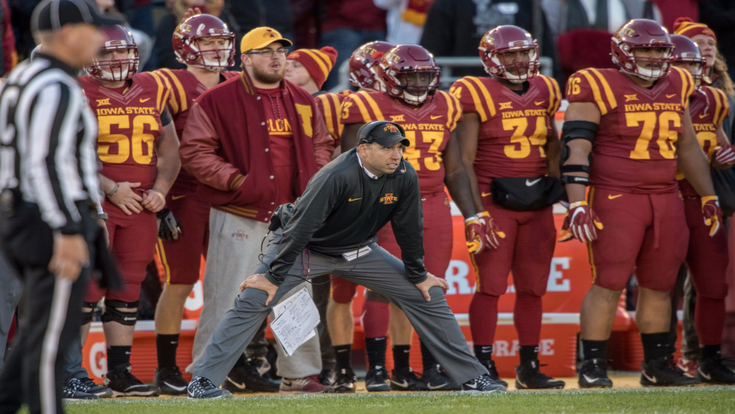 Successful programs, no matter what sports, or at what level, will only be as successful as the people who are building and surrounding them.

Simple phrases like, "Thank you," "Be safe," "Yes sir" and "No ma'am" are what Coach Matt Campbell and the Iowa State football program emphasize. 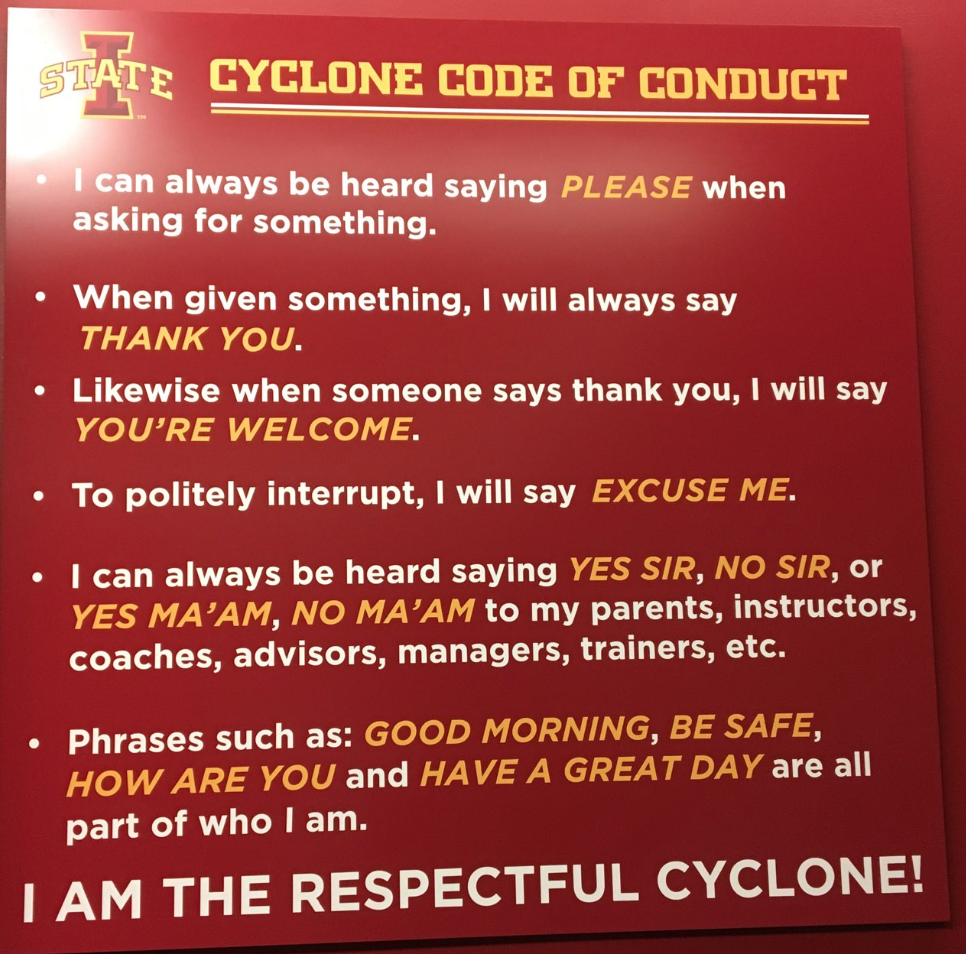 Merriam-Webster defines character as one of the attributes or features that make up and distinguish an individual.

Campbell has been at Iowa State for two years, and during that time he has helped improve the Cyclones’ record from 3-9 during Campbell's first year to this year's current 6-3 record.

While Campbell has proven himself as a coach, it may be the lessons he instills in his players off the field that have just as big as an impact on the program’s turnaround as the skills he instills in them on the field.

Seattle Seahawks head coach Pete Carroll took a similar approach to helping evolve players’ character when he held a meeting with eight of the most trusted leaders on the Seahawks, according to USA Today Sports.

This meeting was held after Carroll read a book, The Road to Character by David Brooks.

Carroll told USA Today Sports, “it has affected my language in almost everything I tell them about leadership and serving each other.”

Coaches have taken different approaches to building teams, players, and programs. While there is no playbook for instilling character or creating a successful program as a head coach, Campbell, and the Cyclones have shown respect can make a difference.

Here at USA Football, we would love to hear how coaches and their staffs have instilled a similar structure into their teams.