Two plays to add to your playbook from Oklahoma and Clemson 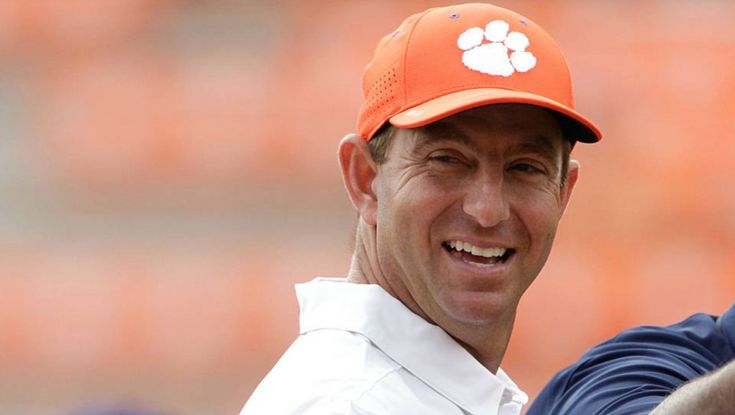 One of the best things about watching college football is scheme diversity. There are “pro-style” systems, triple options, and all sorts of different spread systems. It seems like some of the brightest offensive minds in college football are flexing their creative muscles and not giving a hoot what people think.

This year, we are seeing more creative schemes and plays and it’s awesome. I wrote about a few cool plays from the NFL last month, but for the most part, it takes some time for creativity to seep into the NFL. In college, it’s almost become an arms race for unique plays.

RELATED CONTENT: How NFL teams are using the scissors concept

Because of coaches like Oklahoma’s Lincoln Riley and Clemson’s Dabo Swinney, the future of college football offense is in good hands. Let’s take a look at a few of their unique play designs.

College defenses have responded to all of the spread offenses with quarters coverage, which is a blend of zone and man. Essentially, it’s a pattern match coverage in which defenders will lock on man-to-man with receivers based on their initial route distribution. If coached correctly, quarters could be frustrating to move the ball on.

RELATED CONTENT: How to coach defensive backs to play the deep ball

Teams like Virginia Tech, TCU and Michigan State have made a living off their quarters defense. However, there are weakness in the defense, such as offenses matching up their best receivers on safeties with slot fades.

Clemson exposes the coverage by clearing out the safety with a corner route and then matching up their receiver with a linebacker by running him on what looks like a drag route before breaking the route upfield vertically.

The quarterback doesn’t have time to get the ball to the vertical, but you could see how hard this type of route combination is for the defense to cover.

RELATED CONTENT: How to incorporate short option routes into your passing game

Most fans know about the classic speed option play, in which the quarterback attacks the edge of the defense and reads a defender to decide whether or not to keep the ball or pitch the ball to a running back.

Oklahoma has a play in which it reverses these roles.

The Ohio State defense has its defensive end play the C-gap rather than containing the outside. The H-back (No. 36) does a good job of washing the end down and taking him out of the play.The defensive back (No. 33) who is apexing the box and slot receiver has outside contain, so he’s not an immediate threat to the running play.

This allows the back to cut the play back and for the quarterback to get into pitch relationship with the running back and become the pitch option. The apexed defender is in a losing position as he can’t be correct. His immediate instinct is to tackle the running back, but just as he comes in for the tackle, he pitches it to the quarterback.

Though Oklahoma could have probably just run a typical speed option against the front, the initial inside zone handoff triggers the defensive front to fill their run fits, which makes it very difficult for them to recover and take angles to defend the speed option.

Although it’s not a play that you could run often, it’s a nice changeup and wrinkle to add to a game plan. Sometimes you need to have “key-breaker” plays so defenses don’t get too comfortable. If your offensive line could buy time with five-man protection, the Clemson drag + vertical play could be deadly against quarters coverage. Remember, good artists copy while great artists steal. Don’t be afraid to add these two plays to your playbook.