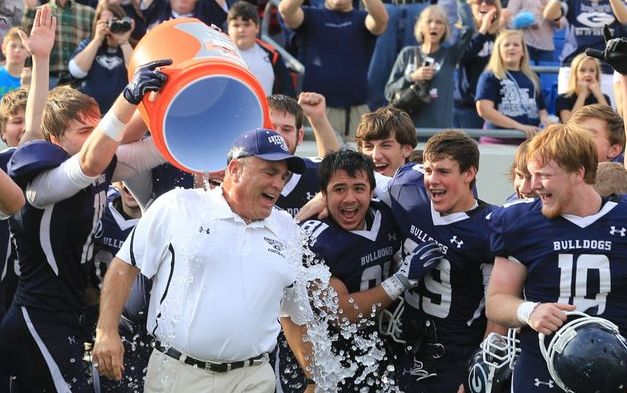 Among the list of experts to speak at the USA Football 2018 National Conference at Pro Bowl, you’ll find nine high school football coaches who have won state championships this season.

In all, National Conference speakers have combined to win 95 state titles and 26 runner-up finishes in their combined coaching careers. Nine coaches from eight states (two in Arkansas; one each in Arizona, Indiana, Kentucky, Missouri, Pennsylvania, Vermont and West Virginia) will speak at this year’s National Conference.

Here’s a look at the 2017 state championship-winning speakers:

Jason Mohns, Saguaro (Arizona): Mohns and the Sabercats just won their fifth consecutive state championship, taking the AIA Conference 4A title Dec. 2 with a 28-7 win over Salpointe Catholic. Mohns has compiled a 73-9 record in his six seasons at Saguaro, and he’s been named AIA Division III Coach of the Year in 2013 and 2014. He also was named National Football Foundation Arizona Football Coach of the Year in 2015. He will speak on wide receiver screens off run action from 10:15 to 11 a.m. Jan. 28.

Rick Jones, Greenwood (Arkansas): Jones led Greenwood to the Arkansas 6A title with a 52-14 win Dec. 1 over Pine Bluff. He’s won seven state titles in his 39-year coaching career and been named coach of the year 14 times. He’s also won the Positive Coaching Alliance’s National Double Goal Coaching Award. Jones will speak on building a program from the ground up from 2 to 2:45 p.m. Friday.

Eric Kasperowicz, Pine-Richland (Pennsylvania): Kasperowicz led the Rams to a 6A state title Saturday with a 41-21 victory over St. Joseph Prep. Now in his fifth season as head coach of the Pittsburgh-area school, Kasperowicz also had a storied high school playing career, with over 6,000 passing yards at quarterback and 20 interceptions as a safety at neighboring North Hills. He will speak on building a successful football program from 3:45 to 4:30 p.m. Saturday.

Mike Kirschner, Ben Davis (Indianapolis): Kirschner’s Giants capped a 14-0 season with an Indiana 6A championship on Nov. 25, defeating Penn (Mishawaka), 63-14. He’s produced a 59-18 record with two state titles in his 12 years at Ben Davis, and has also coached softball, track and basketball at other schools. He will speak on leadership and coaching athletes of today from 9 to 9:45 a.m. Saturday.

Dave Walker, Martinsburg (West Virginia): Walker and the Bulldogs won the West Virginia AAA title Dec. 2 with a 44-16 win over Spring Valley. He was named National Federation of State High School Associations National Coach of the Year in 2016, and has led Martinsburg to six state titles in eight seasons. He’ll speak on the value of football from 2:30 to 3:15 p.m. Saturday.

Andrew Coverdale, Louisville (Kentucky) Trinity: Coverdale was the offensive coordinator for the high-powered Shamrocks, which won their fifth state championship during Coverdale’s time at the school with a 38-21 win Dec. 3 over St. Xavier. Coverdale will speak on fundamentals of assembling a game plan from 9 to 9:45 a.m. Saturday.

John Roderique, Webb City (Missouri): Roderique and the Cardinals won the Missouri Class 4 state championship Nov. 24 with a 14-0 win over Ladue Horton Watkins. It was Rodrique’s 11th state title as Webb City coach, and he’s compiled a 261-24 record in 20 seasons at the school.

Want to register for National Conference? Sign up here.

LEARN FROM COACHES WITH 95 STATE TITLES