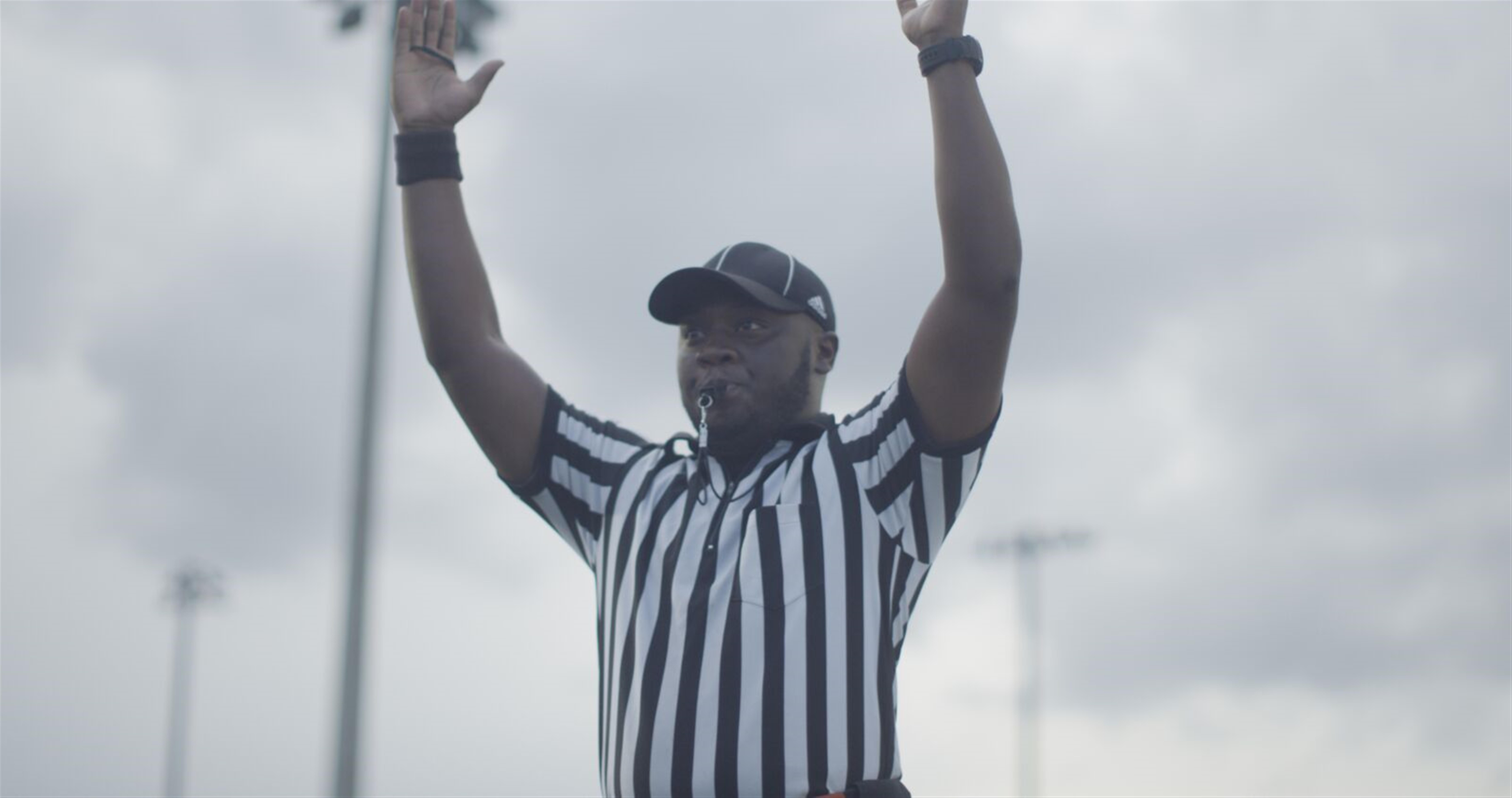 Several seconds before halftime, JMU lined up for a field goal. Weber State blocked the kick, and the ball went bouncing off to the kicker's right. As the JMU holder ran toward the ball, a Weber State player tackled him, allowing another Weber State player to scoop up the ball and return it for an appearant touchdown as the half ended.

Weber State was flagged (correctly) for defensive holding, as the JMU holder was clearly tackled during the loose ball. What happened next is the part that brings up my question:

The officials took the touchdown off the board of course and marked off the penalty, but then gave Weber State an untimed down. Of course a half cannot end on an enforced defensive penalty, but how is it Weber State's ball? Since this is a defensive penalty that occurred before the change of possession, shouldn't JMU get the ball and the untimed down?

A: "There should have been an untimed down for James Madison. The officials were wrong."

Postscript: Weber State knelt down for its untimed down and JMU went on to win 31-28 on a last-second field goal.

RELATED CONTENT: How many players can be in motion before the snap?

USA Football Rules Editor Bill LeMonnier is a former college football referee who currently serves as an ESPN NCAA rules analyst. Click here to ask Bill a question. Make sure to put “Ask the Official” in the subject line.