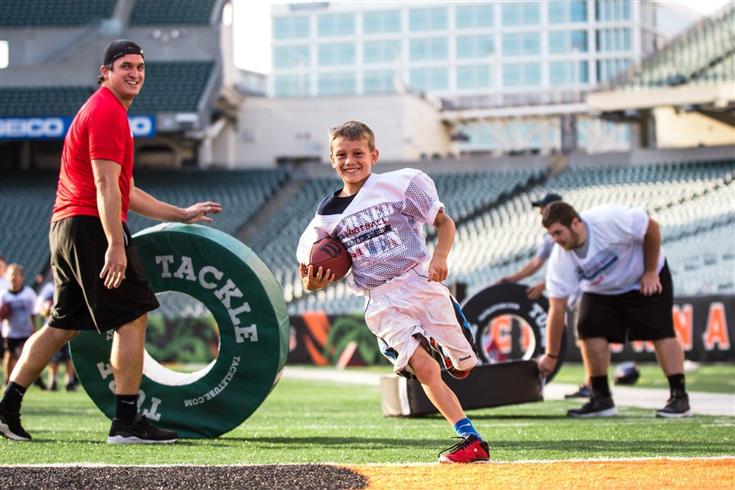 There is no shortage of youth sports trophies in our house as both of my sons, Bradley and Jared, play a variety of sports throughout the year. Most of the trophies and medals are of the participation variety, and that’s a subject that parents, coaches and pro athletes constantly discuss.

There are many parents who refuse to bring their kids to the awards nights or end-of-season parties because they firmly believe a child should earn a trophy and that just getting one for participating is not appropriate. On the other hand, there are still families, like ours, that still allow their kids to receive a participation trophy.

I can’t speak for other families, but in our house, if you make a commitment to play sports, you stick to that commitment and you do that by showing up for games and practices, working hard, and respecting the coaches. In the past, I’ve written a few stories about participation trophies being a good thing because I feel there is a way to make a child earn it as opposed to just going through the motions and still getting a trophy.

This Sunday, my son Bradley’s youth football program will have its annual awards brunch as all the players will celebrate a great season. The feeling will be a little different for Bradley and his teammates because they are getting multiple trophies, one for participation and the other for winning the Super Bowl.  This will be the second time that Bradley has won a Super Bowl, but he also still has six other trophies for participation, as well as trophies and medals he picked up for baseball, soccer, and hockey.

Jared has participation trophies for soccer, baseball and hockey, but his flag football league didn’t give out trophies this year, and that was disappointing. Some of you who don’t agree with participation trophies may be wondering why I’m a proponent of it and I can see what you might feel that way. But I’m not just in favor of handing a kid a trophy at the end of the season because he was registered.

In my opinion, a child has to earn it.

In eight years of being a youth sports parent, I’ve seen kids who work hard and having fun, but there are also kids who don’t even try and often don’t show up for practices.  And then, these kids show up at the awards night and take a trophy home. That is the problem with participation trophies. In many cases, there are kids who get them who don’t deserve them.

RELATED CONTENT: 3 ways for parents to occupy their time at practice

Over the years, I think kids have earned their trophies. They attend just about all the practices with the only exceptions really being illness or religious holidays. If there’s a game on the schedule, we’re there as we try the best we can to schedule other things in life around our youth football schedules. My boys show up to play, have fun, work hard, and respect their coaches.

I think youth football programs, as well as other youth sports programs, should implement a system where a child earns that participation trophy. Establish a minimum requirement of practices and games to attend. Coaches know their kids, so things like work ethic, teamwork, and how kids interact with others could play a role in a kid earning that trophy.

My wife and I will be very proud of Bradley when he gets his Super Bowl trophy this Sunday. It’s a deserving reward for a job well done in helping his team win a championship. But to be honest, I’ll be just as proud of him when he is given the participation trophy as well. We know he earned it because he not only shows up for practice, but wants to go to practice. He takes football seriously and plays with a passion.

The bottom line is that there is a way to earn a participation trophy.

Peter Schwartz is a sports anchor for the CBS Sports Radio Network, FOX News Headlines 24/7 and WCBS 880 Radio in New York. His older son, Bradley, plays youth tackle football on Long Island, while his younger son, Jared, plays flag football.  Peter, his wife Sheryl and the boys are busy cheering on the New York Jets when they’re not at a youth football field.