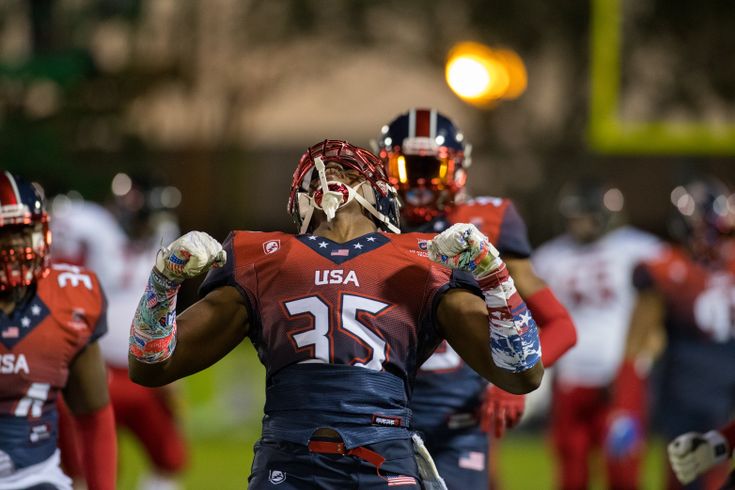 It’s a pile of money.

According to the U.S. Department of Education, that is the average annual athletic recruiting budget of the top 25 universities. The lion’s share of that is spent wooing football players.

Schools aim to get something for their million dollars, and with that kind of investment at stake, they’re not fooling around. They do their due diligence.

If potential recruits don’t meet their criteria on and off the field, they’ll likely be watching their college football in their living rooms – or at least not playing for their No. 1 choices.

Sure, high school athletes are always told, “Get good grades so you can succeed in life.” Never is that more true than when aiming for a scholarship.

Ironically, although schools give scholarships to athletes for their onfield prowess, it’s their in-class record that often makes the difference between a slew of offers and an empty mailbox.

One thing most recruits don’t realize is that many college offers are not full-ride athletic scholarships, but split between academic and athletic. This is especially true at smaller schools and in sports other than football. If your grades aren’t up to their standards, it doesn’t matter how many passes you catch or how great your blocking is.

Another aspect of good grades is that it widens a potential scholarship pool. Also, while the bright lights of the NFL may be the focus of offseason grinding, the overwhelming number of high school seniors' playing careers end sooner than the pros. Chances are you’ll be wearing Armani to work in five years, not Nike.

The NCAA requires a 2.5 grade-point average to qualify, but that’s the minimum. You don’t settle for the minimum on the field, so don’t in the classroom. You run the 40-yard dash in 4.5 seconds and can catch anything within five feet? Congrats, so do hundreds of other candidates, and many of them aren’t bordering on being ineligible.

The NCAA through its clearinghouse also mandates certain core classes. Make sure you are on pace with the right classes starting as a freshman or sophomore. Waiting until your junior or senior year may be too late and make it difficult to get a scholarship.

One more thing: Register with the NCAA Eligibility Center as a sophomore.

Neglecting even one of the requirements, no matter how trivial they may seem to you, could mean you’re playing your college football on Xbox, just like most other people.

Posting that picture of yourself with your Airsoft and a seemingly innocent comment back in ninth grade or holding a mega-blunt may not seem like a big deal, but it can end your chances of getting a scholarship. You may think it was just a joke, but universities aren’t so cavalier.

Make no mistake, every coaching staff will do a social media audit on you. They have athletic department employees on staff with exactly that responsibility. And remember, it can work for you, too. If they see Instagram videos of you grinding in the weight room on Saturdays and making plays on Fridays, it’s a big plus. Anything sexual, violent or illegal, though, and you may as well forget it.

You practice hard? Congratulations, so does everyone else working to earn a scholarship. Even with all that hard work, only 6 percent of high school football players actually earn scholarship offers, according to the NCAA.

The key to being one of the lucky few? Separate yourself. Grind it out. Yeah, it’s a sacrifice. Your friends will be at the mall, hanging out at the lake or playing video games. You’ll be lifting, doing footwork drills and running pass routes with a coach.

You’ll get a job to pay for that trainer or private position coach your parents can’t afford. They don’t call it “The Grind” for nothing. It doesn’t have to cost a fortune, though. In most medium-sized to large cities, there are athletic training programs for $5 to $10 per session.

Some training facilities also help with getting exposure and meeting coaches. Many say they can, so do the due diligence here. Who’s running them? Who works there? Who trains there? What’s their history of helping athletes get recruited? The excellent ones can show exactly what you need to be doing, what you need to do to get there, then help you get there.

Think about this: It’s not going to get any easier in college when you have more complex playbooks and more complicated opponents to prepare for, all the while taking classes far more demanding than those you had in high school.

3. Not marketing yourself properly

You’re not a marketer? Guess what? College football is marketing. If it was just fun and games, intramurals would suffice. But there are high-dollar coaching staffs, training centers, stadiums and – sometimes – millions of fans hanging on every play.

It’s about creating events that get people excited and bring attention to the school. As a college athlete, that’s where you come in.

So get prepared and don’t wait for coaches to find you. Here are a few key points:

Go to camps and combines to be seen and meet coaches. If you have an exceptional showing, it can be beneficial, and it gives you a chance to make yourself known. That being said, it’s not going to make them give you an offer if you can’t play or aren’t addressing one of their needs. It’s just one more small piece of the puzzle.

Put together a highlight video to reach coaches who can’t – or won’t – get to you. There are a few things to avoid that can turn coaches off. They have plenty of videos to check out and precious little time to do it, so don’t:

Steve Faber is a freelance writer and content strategist who’s been marketing online since a stint with a high profile e-commerce start up during the first Internet boom. His firm, Most Pixels Marketing, works with organizations to create content and formulate effective content strategies to get noticed, engage customers and drive sales. His son just finished playing his fifth football season this fall and is looking forward to high school ball next year. Catch him at http://www.mostpixels.com.

This is an updated version of a blog that originally posted Dec. 16, 2015.