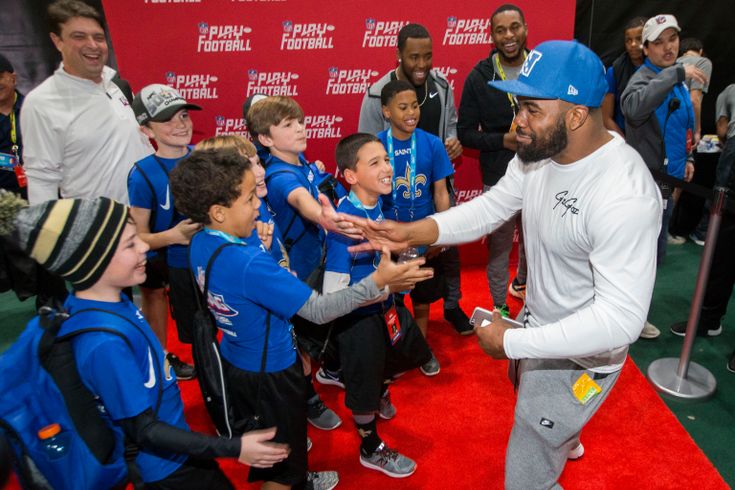 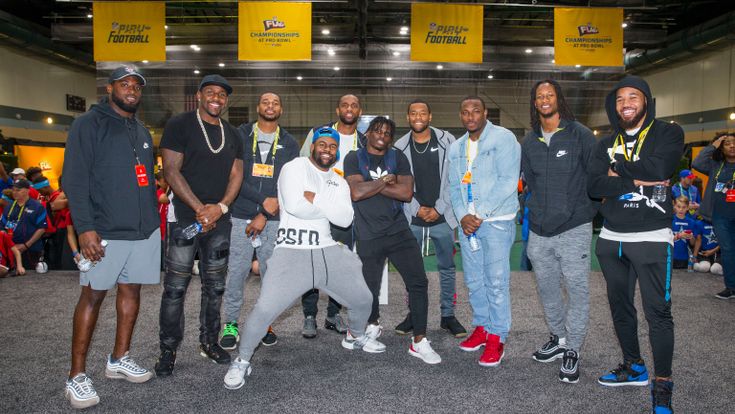 The Riddell station was another hit with competitors: 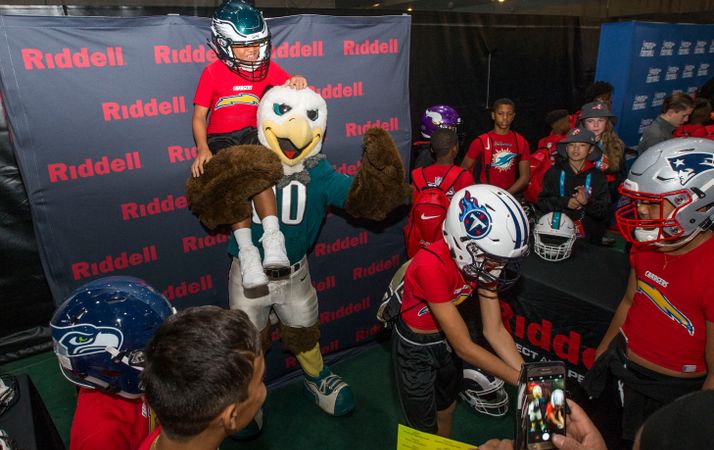 Liatama Uiliata from Hawaii is hoisted on the shoulders of the Philadelphia Eagles mascot.

Back this year to defend their 13-14 girls title are the Arlington (Virginia) Ravens, an all-star squad led by coaches Mike Rivera and Bart Gray. The unit comes from a league of 1,300 kids, including the largest girls program in the country with nearly 200 players.

"Five years ago, we had 13 girls in the program, so we really set out to grow it," said Gray, Arlington's NFL FLAG commissioner. "These girls play basketball, soccer, lacrosse - very busy, athletic kids. This is a great sport full of lessons they can take with them."

Running back and blitz specialist Sophia Bailey, who Gray called "wicked fast," was encouraged to play flag football by her basketball coach.

"I was a little hesitant because I knew football as a rough sport, but I knew a lot of friends doing it, got into it and I'm so glad I did, because I've met so many amazing friends," Bailey said. "Football has made me a lot more confident, because we practice against a lot of boys teams. We don't hold back. We go 100 percent." 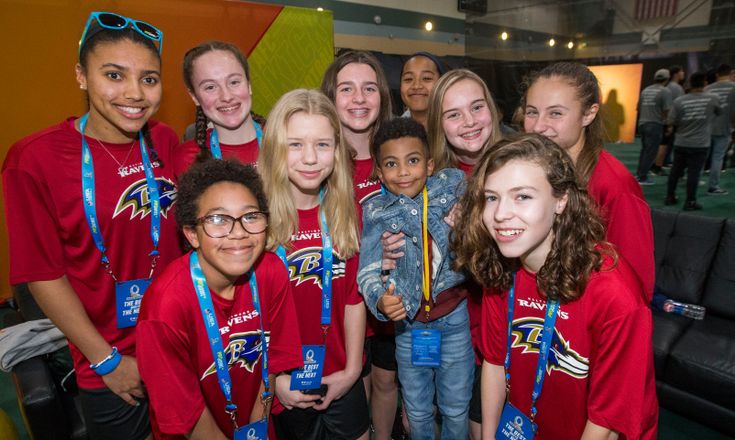 Other unique stories include:

• The T.T. Cardinals 13-14 girls team from Peoria, Arizona, coached in part by Trenton Bourguet, a 17-year old high schooler who won an NFL FLAG championship in 2015, and whose brother - Treyson - will try to do the same on the Cards' 13-14 boys squad this week.

Bourguet has played flag football since he was 4, and does so today with one of the country's top 7-on-7 teams at Marana High School in Tucson.

"When we won it all, I called the plays, loved helping kids out and competing. I love helping these girls achieve what they want to achieve," said Bourguet, who wants to pursue a career in coaching. "They're all from our neighborhood, and it's great to see them make memories."

• The B.A.R. Seahawks from Bainbridge Island, Washington, a small island an hour west of Seattle and 3,100 miles from this week's event. The 13-14 boys team, which started four years ago, is making its first nationals appearance.

"It's a huge deal for our community," coach Tom Breen said. "The Seahawks just started our region, so we know there are teams here who had a tougher route, but it's so exciting and we're proud to be here, really looking forward to it."

The 13-14 boys championship will be televised on ESPN and ESPN Deportes, and simulcast on ABC on Sunday as part of the network's broadcast of the Pro Bowl at Camping World Stadium. 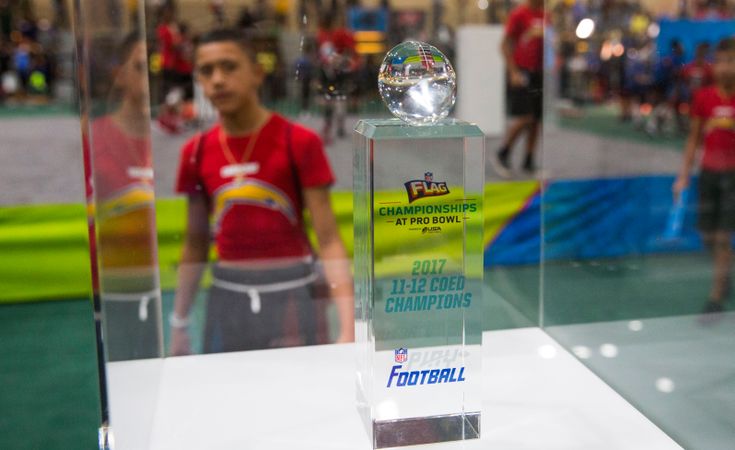