Four things Matt Nagy will bring to the Chicago Bears 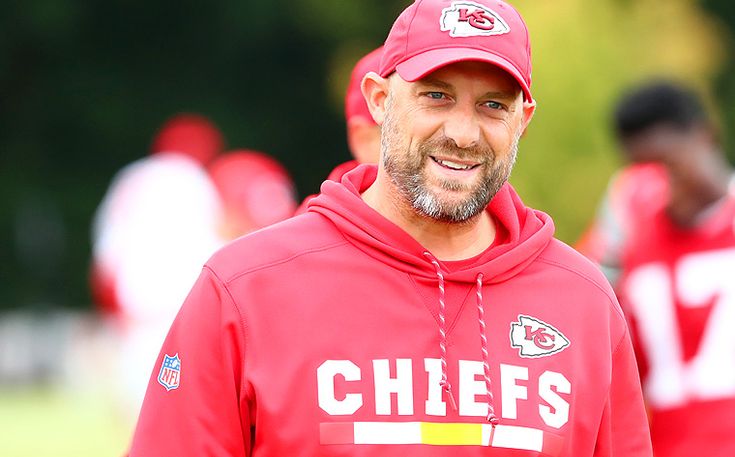 After the ineptitude on offense the past couple of seasons, Chicago Bears fans should be excited about what the potential ingenuity that Matt Nagy could bring. Here are four tangible qualities that Nagy learned while in Kansas City, and he’ll use to develop Mitch Trubisky.

Great play-callers find ways within their schemes to get receivers open. A well-designed offense will consistently create and find one-on-one matchups and properly attack the leverage of defenders. The example below shows a creative twist on a common concept that the Chiefs and many other teams have their in playbooks: the shallow cross concept. 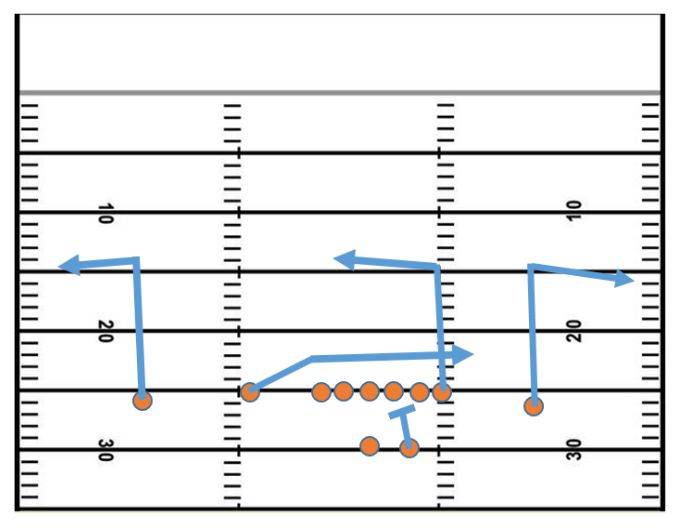 The Chiefs liked to run their shallow cross concept out of their 2x2 sets. Over time, defensive coaches will instruct their nickels and linebackers to play with inside leverage to be in better position for the in-breaking routes but the Chiefs coaching staff stayed one step ahead of defenses by implementing the “Return” adjustment shown in red. 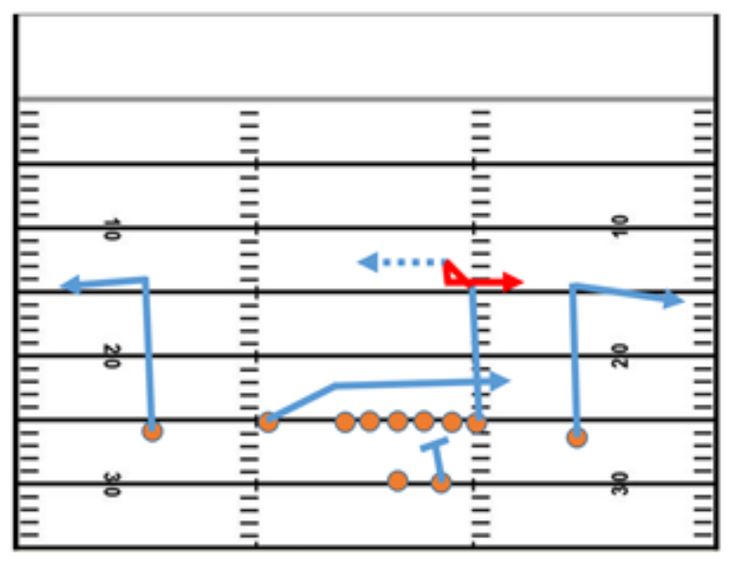 In the clip below, you can see how the Chiefs took advantage of the inside leverage the Raiders used to prevent an easy cut on the dig route.

The previous regime seldom attacked vertically downfield. I am certain their reasoning is that they lacked the personnel of get behind defenses. However, Tarik Cohen’s skill set is similar to that of Tyreek Hill. Hill was considered a one-trick pony early in his career, until his route running skills were utilized by his coaching staff. The Chiefs used him in a variety of ways to get vertical. Hill was featured on deep posts against quarters coverage, double moves on the outside against single high safety looks, and straight go routes against press man coverage.

Finding ways to get your best players matched up 1 on 1 down the field will give your offense more chances at creating big plays. I would imagine Cohen’s role will only grow in Nagy’s scheme.

On a side note, the narrative around Alex Smith being a “game manager” is absurd. This throw shows tremendous deep ball accuracy, as well as many other clips I’ve studied. Trubisky also has the arm talent to make these type of throws and should be chomping at the bit to execute Nagy’s shot plays.

The Chiefs have shown that they are not married to one particular scheme. Although Andy Reid has strong West Coast roots, they will grab plays from other systems. It has been well documented that the Chiefs used run/ pass options (RPOs) this past season, which have trickled their way up from the high school and college ranks. These plays give the quarterback the post snap option to either hand the ball off, or throw a quick passing concept to a receiver (depending on how the defense reacts). For years, this idea was a feature of the pre-snap decision process in the west coast offense. Having the ability for the quarterback to decide after the ball has been snapped gives the offense the chalk last, and will account for any rotation from the defense.

Trubisky ran a lot of these plays in college, and a few times this past season. Adding more of them in the playbook will ultimately benefit the running game-- giving Jordan Howard lighter boxes to run into.

The Bears running game will benefit from a more diverse approach as well. In 2017, the Bears featured an outside zone scheme that often got strung out to the sideline, leaving Howard with nowhere to go. The new coaching staff will better showcase Howard’s abilities by putting him in position to succeed more often.

The Chiefs made good use of the shovel pass early in the season. As the season progressed, defenses were alerted to this play when the Chiefs lined Tyreek Hill up in the H back position. The Chiefs found a way to attack off this tendency late in the season.

The video below shows a variation of the speed option concept, using Hill as a decoy on the shovel action. The Dolphins react to Hill, leaving the C gap player in a 2 on 1 with Smith and Hunt.

The Chiefs have found ways to pick up easy yards in the passing game. For years, Reid has featured a strong quick passing game that gives the quarterback a simple pre-snap read. All the usual suspects are found in his quick game arsenal; double slants, slant-flat, and hitches being the primary concepts.

Play action is another way to pick up easy yards in the passing game. Using play action often gives quarterbacks a simpler read, as well as helps create more separation for the receivers. The video below shows a naked rollout, where the quarterback and tail back place extreme pressure on the flat defender. It is essentially a 2 on 1 in favor of the offense.

If Smith isn’t pressured quickly by the defensive end, he probably has time to see one of his tight ends on the deep cross, or the delay route for a bigger gain.

Schemes will only get a coach so far. The real test for Nagy’s tenure with the Bears will be how he can teach these concept to Trubisky. If your quarterback can become a master of the system, you will be coaching in this league for a while.