From a homeless shelter to a college football scholarship: How Jaden Robinson signed with Oregon State against all odds 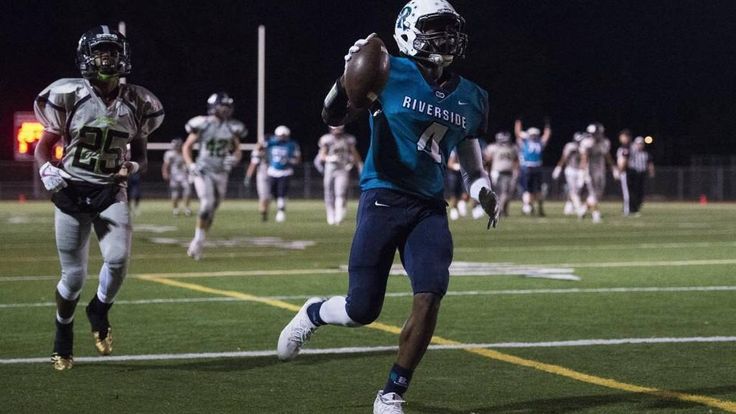 Of all the college football National Signing Day stories you’ll read today, you’ll be hard-pressed to find one less likely than this.

Jaden Robinson, a 6-foot-1, 187-pound defensive back from Auburn, Washington, signed today to play at Oregon State. His path to a full ride was much more bumpy than most of his peers.

After a troubled childhood in Oakland, California, which included several suspensions from his elementary school, Robinson’s mother, Kashann Brown, took Robinson and his brother on a train ride to Seattle, to escape that trouble. They had nowhere to stay upon arriving, so they lived in a homeless shelter.

“I was a bad kid in middle school and elementary school,” Robinson told the Tacoma (Washington) News-Tribune. “My mom took me from a place with no chance and brought me to a place with a chance. We had nothing.” 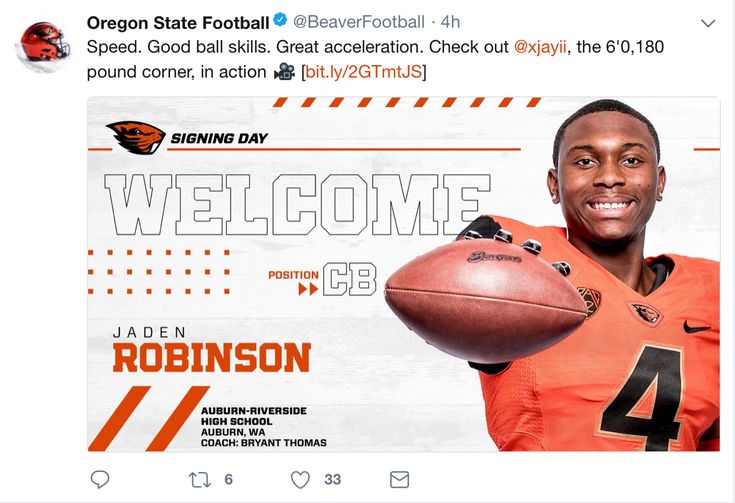 Robinson eventually turned his life around, but didn’t play football until his sophomore year. Auburn Riverside High School’s offensive coordinator, Marcus Yzaguirre, persuaded him to come out for the team. Robinson’s mother was skeptical, not wanting him to play “a violent sport like football,” the article said, but Robinson showed up as a sophomore. A little more than two years later, he has a full-ride scholarship to play football at a Pac-12 school.

“That definitely doesn’t happen often,” Auburn Riverside head coach Bryant Thomas said. “But it’s a testament to who he is, who his family is and and how hard he’s worked to get to where he’s at right now. You have a diamond in the rough that hasn’t been polished yet.”

“When we came here I gave up everything I knew in California for him and his brother,” Brown said before pausing to cry.

“I left everything I knew so they could have a chance. I couldn’t thank God enough. Like – man. My cousins and people his age that are still in California, they are doing or selling drugs, getting in and out of juvenile hall. I am just so thankful that I followed my mind to come here.”