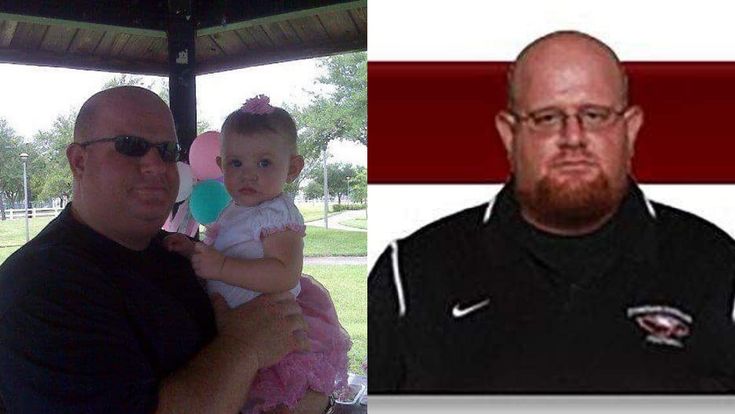 Tributes poured in from around the football world Wednesday for Aaron Feis, an assistant football coach at Marjory Stoneman Douglas High School in Parkland, Florida. Feis "selflessly shielded students" from the gunman on Tuesday, and was one of 17 people killed as a result of Wednesday's shooting at the school.

Feis, 37, leaves behind a wife and daughter. 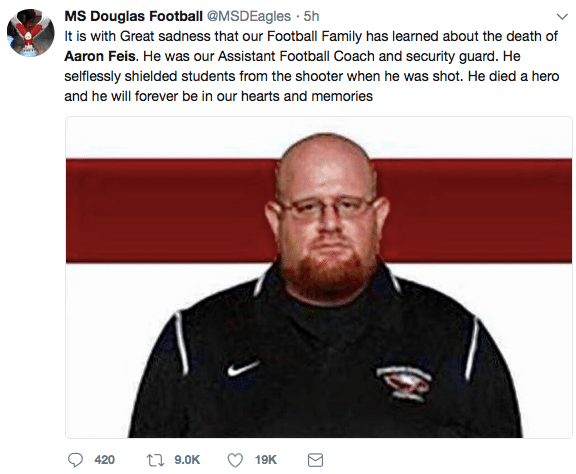 Feis was an offensive lineman at Douglas from 1995-98, and returned to work at the school in 2002. Douglas head coach Willis May told David Furones of the Sun Sentinel that he heard Feis on the school's walkie-talkie system during the shooting, after someone asked if the loud bangs were fireworks.

When the attack ended, May spoke with a student who told him Feis “jumped between her and the shooter, to push her out through a door and out of the line of fire,” the Sun Sentinel said.

Earlier in the day, Douglas junior lineman Charlie Rothkopf tweeted a picture of Feis with the text: “Can everyone please take a second to pray for my coach today he took several bullets covering other students at Douglas.”

May, who was in his office with with four players and two coaches from Nichols College, described Feis.

“Big ol’ teddy bear,” he said. “Hardcore – he coached hard. Real good line. He did a great job with the [offensive] line. He took pride with working with those guys. Loyalty – I trusted him. He had my back. He worked hard. Just a good man. Loved his family. Loved his brother – just an excellent family man.”

Added Douglas lineman Gage Gaynor, “He was a great guy. Everyone loved him. Shame he had to go like this. Always gave his all to making us better. Definitely learned a lot from him.”

Feis served as the school’s JV coach for eight years, played a role in football operations and was the team’s college recruiting coordinator.

Since the shooting, messages honoring Feis have come in from across the country, from coaches, athletes, media and others. 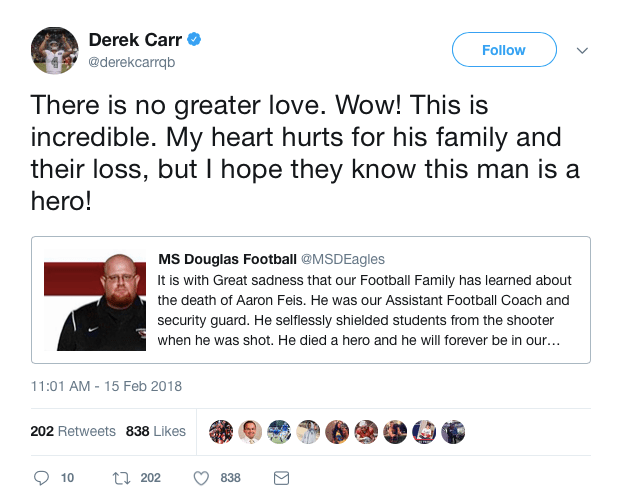 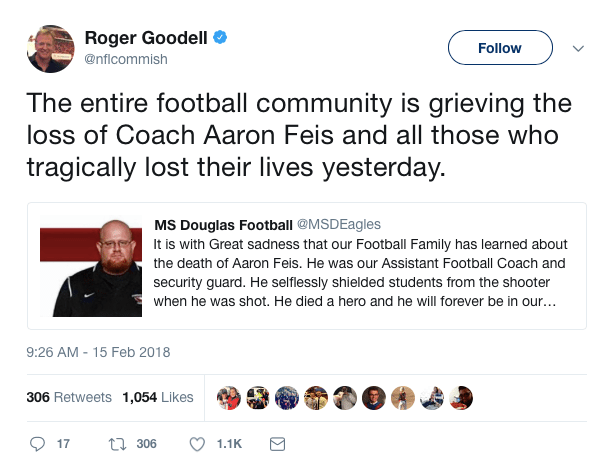 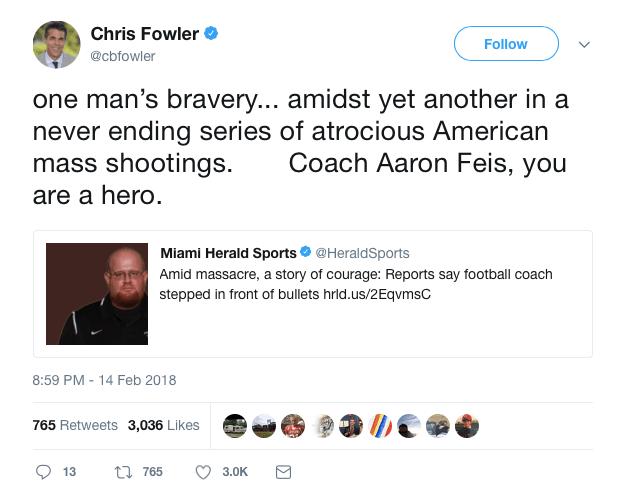 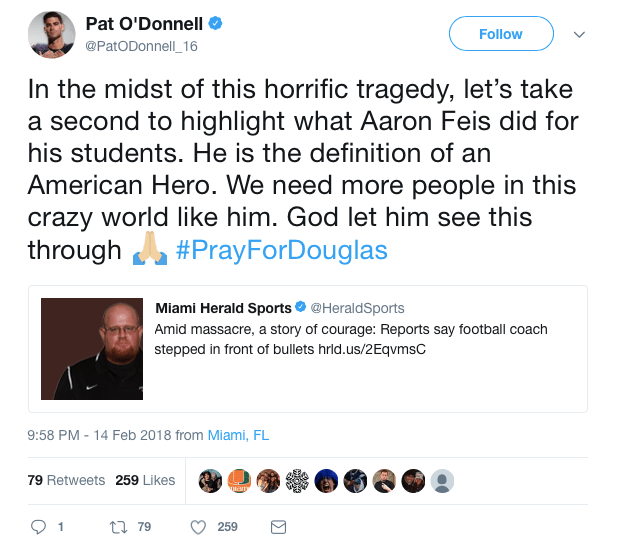 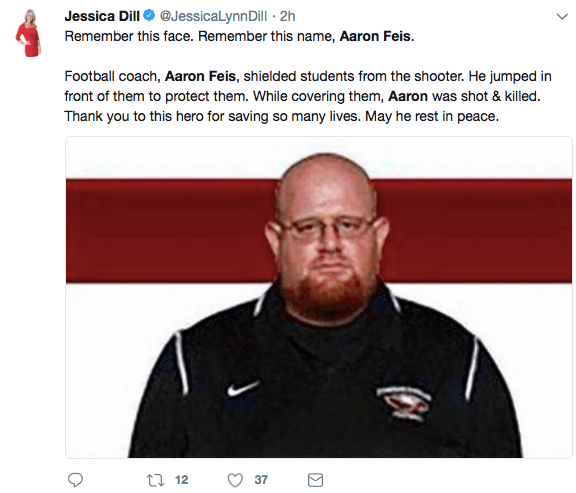 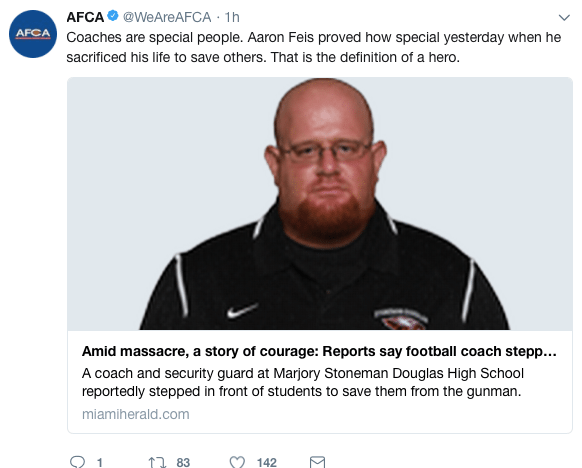