How USA Football’s Contact System is helping the game evolve 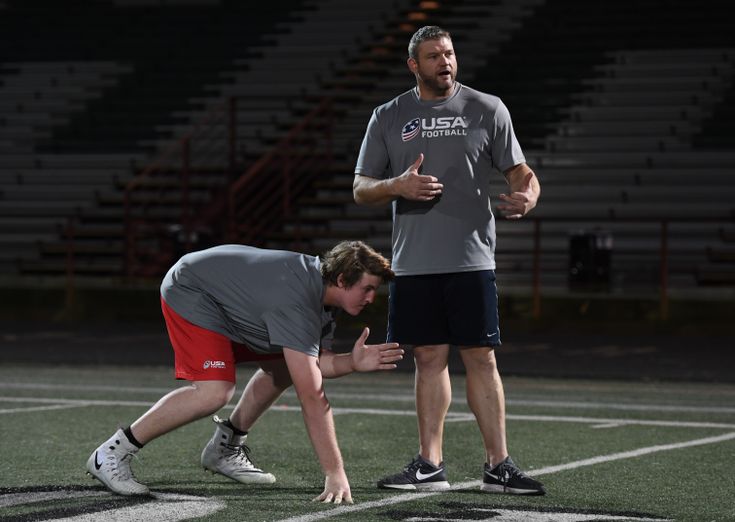 Football programs at all levels have adopted the USA Football Contact System, which focuses on proper technique for blocking and tackling. It all started from a former player who was just trying to recover from an injury.

Scott Peters, the contact system chief instructor and the concept’s originator, devised the system over time, after an injury sidelined him in 2006 while he was playing for the Carolina Panthers. Since then, it’s evolved into a sophisticated system, one that covers virtually everything coaches need to know in order to teach it.

"[This contact system] is so detailed I don't think anyone has seen anything like it before, that's what we hear from every coach we work with." Peters said. "Everything is spelled out."

The Contact System is part of USA Football’s latest effort to teach smarter techniques in blocking and defeating blocks, in an effort to advance skill development and reduce helmet contact. The phrase “tip of the spear” comes from likening the arm to a spear as a visual image to help players more easily learn and understand the concept.

"When looking at a spear, the tip is the first and most meaningful contact with an opponent.” Peters said. “We want that to be our hands when blocking or tackling.”

The system is taught as a progression from basic principles to position-specific to scheme-specific contact. It will be available to youth football programs and high schools nationwide this year. Peters gave presentations on the concept at USA Football’s National Conference at Pro Bowl in January.

LEARN MORE: You can learn more about the USA Football Contact System by attending a Public Clinic or by hosting a Private Clinic.

The USA Football Contact System is focused on a skill development model — Shape, Sharpen, and Polish. These drills are implemented into offseason training, as opposed to football's player development model of bigger, faster, stronger.

Shape drills are meant to shape the body to understand and utilize techniques. 'Shaping the spear.'

Polish drills are designed to get players to learn how to compete together or against each other to help refine those drills they learned. 'Polish the spear.’

These drills give players the tools to empower themselves to take their heads out of contact while still elevating their performance. They allow players to tap into the power of their hips and the power of their entire body, because of the body’s momentum from the mechanics.

Peters noticed when he was his strongest in the weight room, he saw his on-field performance suffer because his range of motion was becoming constricted.

"Football focuses so much on the attributes of big, fast, and strong, whereas skill is something related to the techniques you are implementing," Peters said, adding, "Size is arbitrary when you have really good technique," and USA Football Contact System gives players those techniques.

With the evolution of football, Peters wants to evolve with the game and see it succeed. He said it's about learning, and showing players and coaches the what, the why and the how.

Peters said, "We want to see the game change in a way the fans, players, administrators, parents and all parties can say, 'Wow.' This is a self-sustainable solution to the game."

Peters arrived at the decision to develop a contact system virtually by accident. He played college football at Arizona State, then in the NFL for the Philadelphia Eagles, New York Giants, San Francisco 49ers and Carolina Panthers. While playing for the Panthers, Peters underwent ankle surgery.

In order to lose weight, keep himself active, keep his mind fresh and something that would help him lose weight, he practiced jiu-jitsu and mixed martial arts. He noticed both activities were relatively non-weight bearing on his ankle, and he could develop and refine his skills while recovering.

Peters eventually recovered and played two more seasons with the Arizona Cardinals before retiring in 2009. While playing for the Cardinals and continuing to train in mixed martial arts and jiu-jitsu, Peters noticed the strength he gained in his ankle as well as the improvements in his hand skills.

Peters saw a noticeable improvement in his football skills when he incorporated jiu-jitsu, and he wanted to take what he learned to create a model to teach those who were still playing the game. That’s when he developed Safe Football.

Safe Football is a proprietary instructional training and skill development system for football coaches and players. Peters said, "In football, we focus so much on schemes and so little time on developing players," and he hoped Safe Football was going to bridge that gap.

In 2012, the University of Washington hired Peters to train the Huskies in Safe Football, using his contact technique. Peters has since brought Safe Football to more than 450 high school and youth football programs and consulted more than 50 NFL and NCAA coaches.