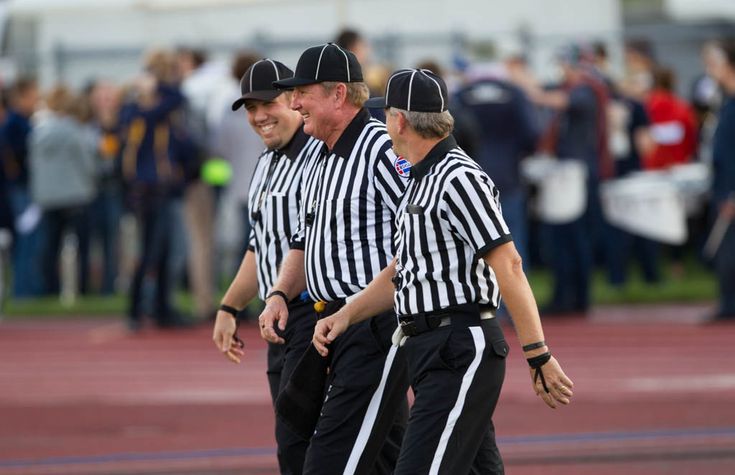 I’ve seen just about everything as a youth sports parent – both good and bad.

If I was to put pen to paper and go to work on that book, there's one chapter that'd be front and center.

But since that book is years – if not a lifetime – away, let me use this space to give you the expedited version.

I was doing a play-by-play broadcast for a high school basketball game on Long Island in New York when I saw something that's a growing problem at every level of every sport.

RELATED CONTENT: Sports parent, are you a giver or a taker?

Apparently, this was going on for most of the game, but I had headsets on, so I wasn’t aware of what was happening until the sad and unfortunate ending. I later learned all of the details that took place, and it was so typical of things I’ve seen on TV and read about online.

There was a parent of a player on one team who was giving the officials a mouthful. To be honest, it wasn’t the cleanest-officiated game that I’ve seen, but there was no reason for this parent to act the way he did.

The father was relentless, and the verbal attacks were apparently pretty disgusting. I’ll say this: The officials were very patient with this guy, but then came the boiling point.

“Hey ref! You’re too old to be officiating this game!” shouted the parent.

And with that, one of the officials blew the whistle to stop the game. He came over to the sideline, called over a member of security and ejected the parent from the game.

But the incident didn’t end there. The parent, holding up a picture of his son, refused to leave and continued barking at the official.

The young man, noticeably horrified by all of this, came over from the bench and asked his father to calm down and leave. But the parent stayed until police were called in to handle the situation. Eventually, the parent left the bleachers and exited the gym.

I saw another example of this during the youth football season, when a family member of a player was ejected from a game for shouting an expletive at an official. Why? Because he had the audacity to make a call that someone disagreed with.

There's no reason to yell at officials. A parent’s job during every game is to cheer for their child and the rest of the players on the team. Under no circumstances should a parent deliver any type of verbal attacks towards an official.

Officials make mistakes. It happens. They’re human. You see it all the time in professional, college, high school and youth sports. It’s part of the game.

My best friend is a college and high school football official. He’s passionate about the job and the responsibility he has. But there’s something else about him that shouldn't come as a surprise.

He’s human, and he makes mistakes.

I know this because he tells me about it. I’ve seen him work games in person, and he does a great job. But like anyone else, there are times when errors are made. I remember him telling me once about a blown call, and he was sick to his stomach the whole weekend. He knew right away it was a mistake.

What can you do?

At the end of the day, a parent can be angry about a call all he or she wants, but you can’t verbally or physically abusive at an official.

RELATED CONTENT: Here's why I invest so much time with my children in youth sports

Parents need to have respect for the men and women who are doing the best they can and serve a thankless job that sports cannot exist without.

Peter Schwartz is an anchor and reporter for the CBS Sports Radio Network. He also writes a CBS New York sports blog at http://newyork.cbslocal.com/tag/peter-schwartz/. You can follow him on Twitter @pschwartzcbsfan.

This is an updated version of a blog that originally published Feb. 23, 2016.