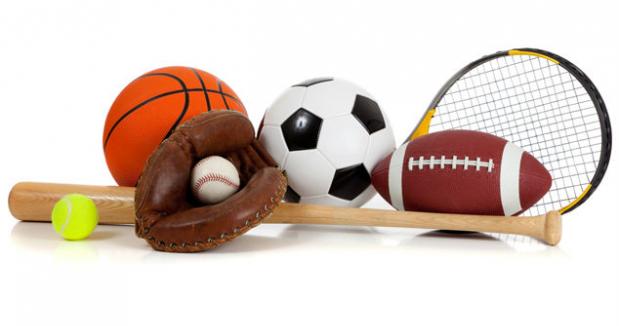 Participation numbers are dropping for many traditional youth sports. In part because children are focusing on a single sport at earlier ages.

Driven by year-round travel clubs and the availability of indoor practice facilities, parents are spending more money and time in the expectation that their children can rise to the highest levels.

USA Football encourages young athletes to play multiple sports. According to medical experts, taking part in a variety of activities – whether structured or not – leads to greater skill and muscle development.

The lateral movement that basketball players use to stay in front of defenders is the same skill that shortstops develop to field ground balls and offensive linemen work on to better pass protect.

Parents who hope their children could one day earn a college scholarship should take heed of a recent study that showed that varsity athletes at UCLA began specializing at a single sport on average at age 15.4 while undergrads who played sports in high school but not at the college level began limiting themselves to one sport on average at 14.2.

Focusing on a single sport hones the skills required for that particular activity but doesn’t necessarily develop a better athlete and the fundamental movement skills required in all sports.

“Kids who play multiple ‘attacking’ sports, like basketball or field hockey, transfer learned motor and anticipatory skills — the unconscious ability to read bodies and game situations — to other sports,” David Epstein, author of “The Sports Gene” wrote in a New York Times opinion. “They take less time to master the sport they ultimately choose.”

At the University of Michigan, head football coach Brady Hoke watches for football-specific skills and general athleticism while scouting potential recruits. He and his staff also want to see how players do when they struggle. Players who are more physically gifted when they are younger can’t fall back on pure talent as the playing field begins to level out.

“We love watching guys, whether they play baseball, run track, wrestle, play basketball,” Hoke said. “We like to watch them in that environment, those game day environments. How they handle themselves. How they compete.”

Playing multiple sports also can build better teammates, Hoke said. A football star who is a role player in another sport gives that athlete perspective he might not otherwise have.

“The more you play, the tighter your community comes,” Hoke said. “Competition is critical. … I really believe that competition that you get when you do three sports or multiple sports is what really drives you.”

“I heard a comment years ago from Coach (Nick) Saban … he likes guys that play multiple sports because of the competitive situations they are in,” Wilson said. “It’s crunch time. Let me get a big rebound. Let me throw a strike. There are a lot of junior high fundamental sports that can come back and help you years later.”

According to an American Medical Society for Sports Medicine report, diversified sports training during early and middle adolescence may be more effective in developing elite-level skills because of skill transfer.

“If a child puts all of his or her efforts into one sport, not only do you run the risk of overtraining and lessening the child’s potential, you also have the chance that the sport becomes stale for the athlete,” said Brad Hatfield, a chairman of the kinesiology department at the University of Maryland. “Variety in the physical demands of sport training is often a good thing because it prevents overtraining – which can hurt performance – and it lessens degrees of physical and psychological exhaustion.

“Different sports bring different demands. Think of it as different links in a chain. If one area of athletic performance is weak, that can slow one area of growth. By doing other sports, those links are going to be addressed.”

The classic example is a baseball pitcher, where muscles and tendons are pushed beyond capacity by years of throwing. By participating in a variety of sports, athletes use those same muscles in different ways.

“I always ask parents who force their children to focus on a single sport at a young age: Do you want your child’s goal to be an all-star Little Leaguer or to be an all-star in high school and college?” said Dr. John Bergfeld of the Cleveland Clinic, a member of USA Football’s Medical Advisory Committee. “If the goal is high school or college, slow down. I believe there are great benefits to playing multiple sports in high school as well. You can learn different skills and different ways to use your body, which help overall athleticism.”