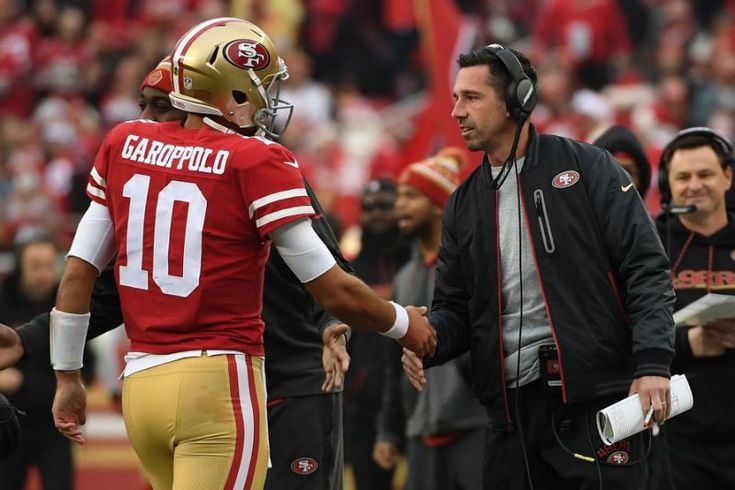 This play action concept has been a staple in San Francisco 49ers coach Kyle Shanahan’s offense for years. The deep cross is a three-level vertical stretch used off play action. Play action is used as misdirection to keep hook defenders off the deep crossing route. The base version of the play is diagrammed below. 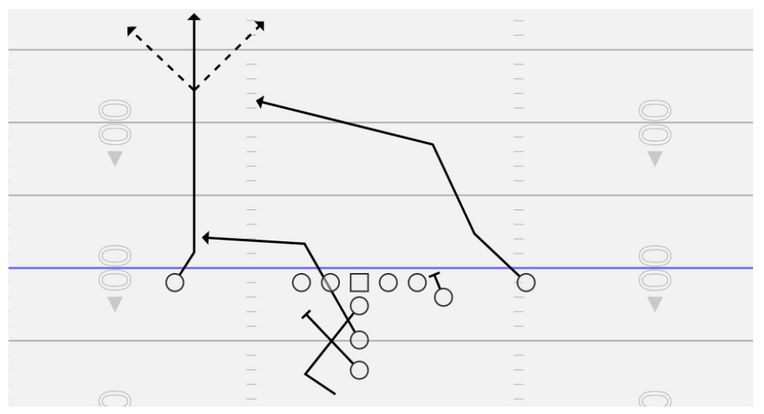 They play is most successful when there is a strong play-action fake, which gets the inside linebackers to jump forward. This will put an outside linebacker (or buzzing safety) in a bind with the flat route and deep crossing route. The quarterback should get depth after the play fake, and find the flat defender with his eyes immediately. The seven-man protection will help give the deep crossing route time to get to the other side of the field.

The play attacks the field similarly to Shanahan’s staple play action concept: the bootleg. The deep cross is a great way to get the same effect of a bootleg action with a stationary quarterback. This was the case when Shanahan was in Atlanta. He wanted to keep Matt Ryan in the pocket as often as possible, without sacrificing his ability to attack the defense.

These first clips show the base version of the play. Getting a good read on the flat defender will give the quarterback an open target.

In this first clip, The Los Angeles Rams try to defend the play with man coverage. All of the linebackers jump the run concept and leave the corner without any inside help. With the tightened split, the receiver has immediate inside leverage and wins easily across the field.

The next clip shows how the flat route can be schemed open when the defense covers up the deep cross.

The Carolina Panthers play tight man coverage on the outside routes. The inside linebackers are concerned with the run action, and forget about the fullback who leaks out to the flat.

RELATED CONTENT: Consider these plays to add to your playbook from the Tennessee Titans, Oklahoma State and USC

The diagram below shows a variation Shanahan used in 2016. This variation uses a bubble route as the flat control route instead of a back leaking out of the backfield after the play fake. This version gives the quarterback a more defined read. The flat defender has an immediate threat he must commit to. If the flat defender drifts back into the deep cross, the quarterback can check it down to a stationary target in the flat. 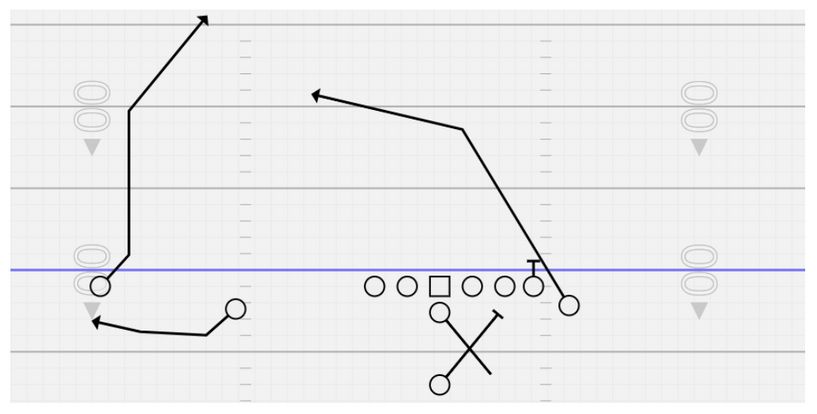 The video below shows the play:

It appears the Falcons are trying to take a shot with the front side post on this particular play. If Ryan chose to read the underneath defenders, he would have found the bubble route open.

RELATED CONTENT: How Trey Burton will help the Chicago Bears offense this season

Against a soft corner, the front side comeback route will be open if the flat defender stays inside with the play fake or stays inside to help defend the deep cross. Shanahan called the variation below with the Falcons. 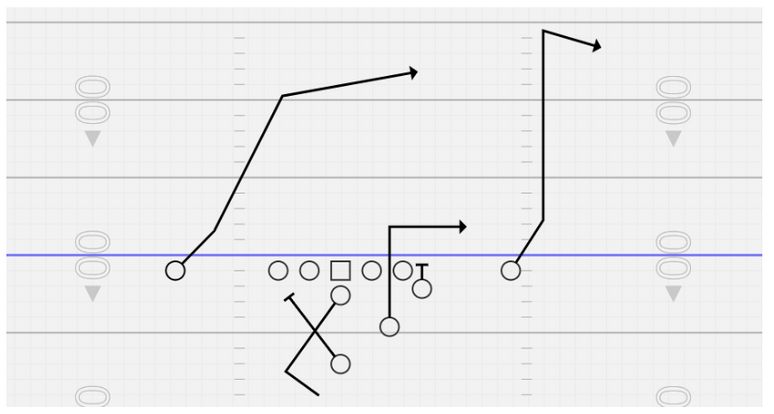 The Panthers leave the corner one-on-one with Julio Jones. Play close attention to the second stem and acceleration from Jones, before breaking the route off. This technique is what helps get Jones open on the play.

49ers quarterback Jimmy Garoppolo struggled with hitting the crossing route on a few occasions in 2017. The video below shows a few examples where Garoppolo misses the deep crossing route. He is late to the throwing window, and does not have the timing down yet.

With an offseason to work on this concept, I am sure Garoppolo will be able to hit the deep crossing route in 2018.

If you have a stationary quarterback who does not excel at throwing on the run, this variation of the deep crossing route can give you a similar flood action that a rollout can.