How the Philadelphia Eagles' slot fade play became so effective 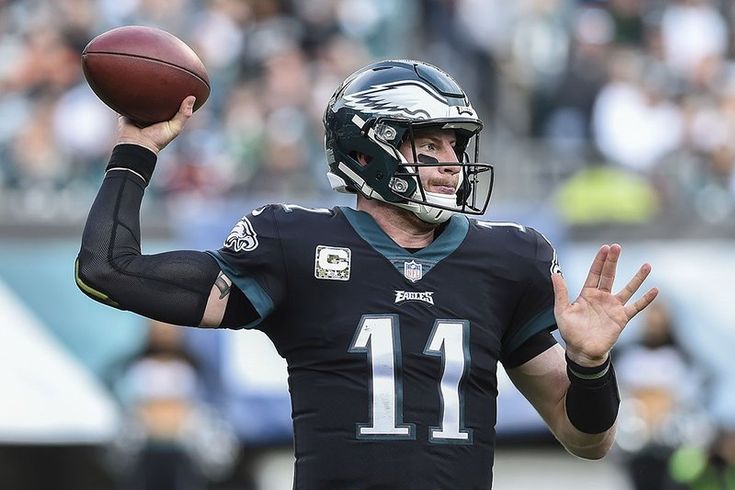 The Philadelphia Eagles offense features a unique blend of West Coast passing concepts and modern spread offense principles. This gave the Eagles the best of both worlds and placed them on the cutting edge of offensive football. Specifically, the use of the slot fade concept gave the Eagles one of their most efficient third-down calls in 2017. The play is diagrammed below. 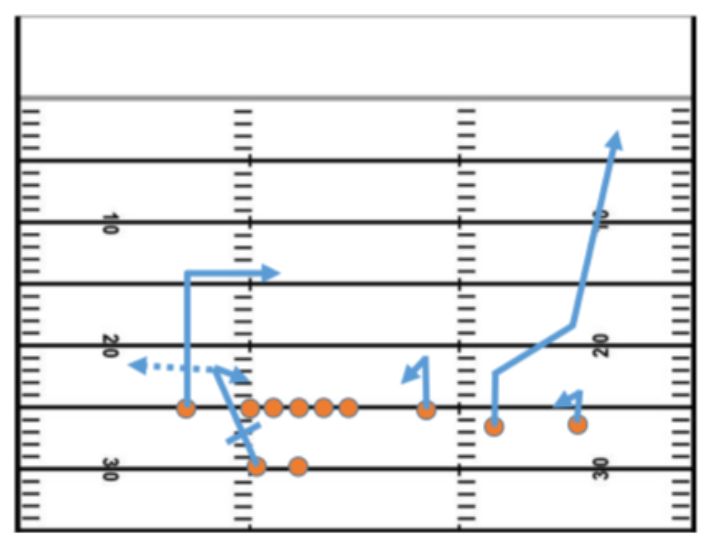 The concept works best against man coverage. The goal is to get a favorable matchup in the slot, and take a shot downfield. What makes the design of the play more effective than a traditional fade route is the extra space that the slot alignment provides the receiver. If the defender carries him outside, he does not have to worry about the sideline as much as if he were lined up on the outside.

The diagram shows a backside dig combination on the other side of the field. This concept gives the quarterback an answer if the defense plays with a safety over the top of the trips formation.

The Eagles converted four out of five third downs using the slot fade concept in 2017. The chart below shows the game time for each occasion they called the concept.

The Eagles were able to convert hitting the slot fade route in week 4 and in the third quarter of week 2. On each occasion, quarterback Carson Wentz identified the 1-on-1 matchup with the slot. He used his eyes to control the nearest safety, preventing him from breaking on the route. The video below shows the conversion against the Kansas City Chiefs.

The receiver does not necessarily have to be much larger than the defensive back for this play to be effective. The extra space to the sideline and ball placement give smaller receivers a chance to gain position on this route (if they can't win over the top).

In week 5, The Eagles called a slant route to the single receiver side. This adjustment worked well against the outside leverage man-to-man coverage the Arizona Cardinals played.

Although Wentz gets 1- on-1 coverage for the fade route, he does not like the matchup or leverage.

In a third-and-long situation, Wentz knows he has to get rid of the ball quickly. The Cardinals pack the line of scrimmage, showing a blitz. They play off coverage on the No. 3 receiver, enticing Wentz to throw hot to the inside hitch route to the trips side of the field. The Eagles used a few different quick game concepts on third-and-long situations in 2017 with varying degrees of success. Using quick passing concepts in these situations eliminates the effectiveness of a blitz, leaving the back end of a defense without much help to defend the patterns.

The slant adjustment is the perfect answer for outside leverage. A big-bodied tight end like Zach Ertz gives the quarterback a lot of space to throw the ball.

The slot fade concept is a great way to attack 1-on-1 matchups to the wide side of the field (or short side of the field). The play worked well for the Eagles in a few key third-and-long situations. Against heavy blitz teams, the concept gives the quarterback a quick answer that has big-play potential.

If you want to learn more about the different concepts in the Eagles offense, Click Here.