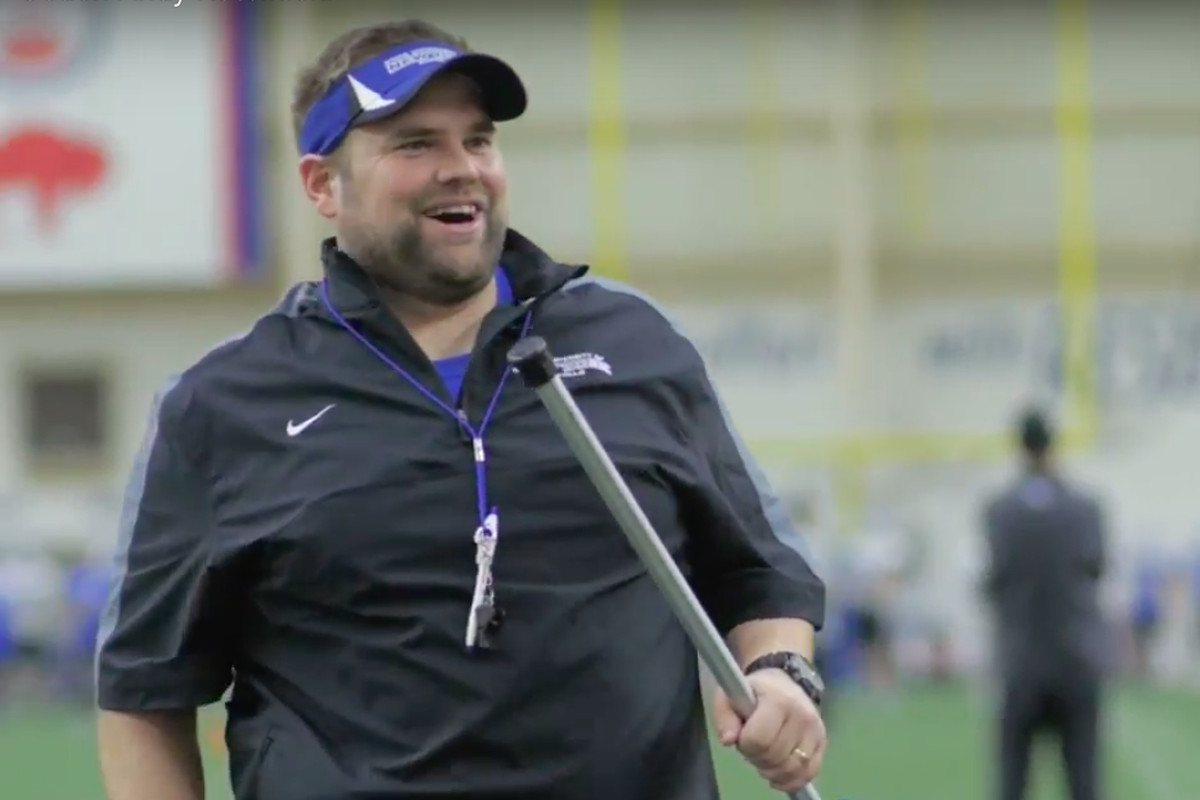 The guest on today’s Coach and Coordinator podcast is Andy Kotelnicki, offensive coordinator at the University of Buffalo. In his fourth season at Buffalo, Kotelnicki worked with the quarterbacks his first two years at the program before turning to the running backs last season. Offensively, Kotelnicki led Buffalo to ranking second in the Mid-American Conference in yards per game last season and set a school record for total offense in a single season. Kotelnicki has coached three All-MAC players and helped quarterback Tyree Jackson set the school record for passing yards thrown by a freshman.

On today’s podcast, Kotelnicki and host Keith Grabowski talk about moving from coaching Division III to FBS, having multiple schemes and the keys to having a high-powered offense.